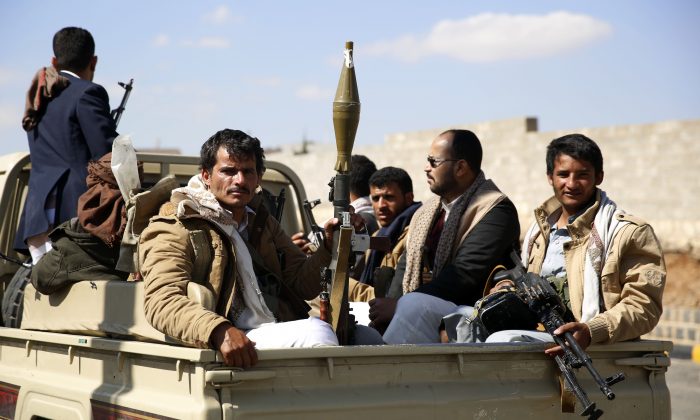 GENEVA—U.N.-brokered peace talks between Yemen’s internationally recognized government and Shiite rebels opened Tuesday in Switzerland with expectations of a deal low as fighters failed to honor a week-long ceasefire in some parts of the country.

The truce, scheduled to start at noon on Tuesday, was meant to give the warring factions a chance to find a solution to the conflict that has engulfed the Arab world’s poorest country. Airstrikes by a Saudi-led coalition targeting the rebels were halted, but security officials said rebel shelling and ground clashes continued in southwestern Taiz Province.

Yemen has been torn by fighting pitting the rebels, known as Houthis, and army units loyal to former President Ali Abdullah Saleh against forces of the internationally recognized government, which is backed by the Saudi-led coalition and supported by the United States, as well as southern separatists, religious extremists and other militants.

According to U.N. figures, the war in Yemen has killed at least 5,884 people since March, when the fighting escalated after the Saudi-led coalition began launching airstrikes targeting the rebels.

In a statement, the U.N. special envoy for Yemen, Ismail Ould Cheikh Ahmed, emphasized the urgency of the talks in Switzerland — the latest in a series of negotiations and ceasefires that have so far failed to end the fighting.

“The people of Yemen are daily, indeed hourly, anticipating the outcome of these discussions. This meeting is their only glimmer of hope and must not be extinguished,” the envoy said. “The tongues of fire, the scenes of destruction, the reverberation of bombs and the soaring prices have turned their daily lives into a series of ongoing tragedies.”

Previous efforts to end the violence have ended in failure, as the government insisted the Houthis comply with a U.N. resolution that requires them to hand over weapons and withdraw from territory they captured over the past year, including the capital, Sanaa. The Houthis have demanded the country’s political future be decided through negotiations.

In the past, the rebels have said they are willing to honor the U.N. resolution but did not specify to whom they would hand over weapons and territory. Yemen’s civil war has divided the armed forces, which have units loyal to ousted president Saleh, a Houthi ally, and others who answer to the internationally recognized government of President Abed Rabbo Mansour Hadi.

Negotiations were taking place at the Swiss Olympic House in the village of Macolin, a training center for elite athletes. On Tuesday, police armed with automatic weapons were on patrol outside the facility, which was cordoned off with metal barriers requiring journalists to keep about 50 yards (meters) away.

The talks, which could go on for days, were shrouded in secrecy. A spokesman for the U.N. special envoy did not respond to an e-mail seeking comment and Ahmed Fawzi, a U.N. spokesman in Geneva, said the participants had all signed a “non-disclosure” agreement pledging not to speak to the media until the negotiations were over.

Just hours before Tuesday’s scheduled start of the ceasefire, the Saudi-led coalition and pro-government forces seized the Red Sea island of Zuqar from the rebels. Yemeni security officials, who have remained neutral in the conflict, said both sides had intensified the fighting to solidify their positions ahead of the truce. There was no immediate word on casualties and the officials spoke on condition of anonymity because they were not authorized to speak to reporters.

The two sides had initially agreed to halt fire at midnight Monday but the coalition delayed the truce to midday Tuesday, without elaborating.

During the ceasefire, both sides have agreed to allow the “unconditional movement of aid supplies, personnel and teams to all parts of the country,” the World Health Organization’s mission chief for Yemen, Dr. Ahmed Shadoul, told reporters in Geneva.

International aid groups have been sounding the alarm about roads blockaded by armed groups and rebels preventing the delivery of essential aid to the civilian population for months.

Even if the talks succeed in brokering a peace deal, there are grave security challenges facing any unity government that might emerge in the country’s east and south, where the local affiliates of al-Qaida and the Islamic State group have exploited the chaos to grab land and exercise influence.

The Islamic State group has claimed attacks that killed at least 174 people in the war-torn country this year, according to an AP count, including a bombing last week in the port city of Aden that killed its governor. Aden has also witnessed a recent uptick in assassinations of government officials and senior military officers bearing the hallmarks of al-Qaida.

Yemen’s al-Qaida branch has long been seen by Washington as the most potent affiliate of the extremist network and has been linked to a number of attempted attacks on the U.S. Al-Qaida fighters have captured much of Yemen’s sprawling Hadramawt Province and its capital, Mukalla, as well as the capital of southern Abyan Province, Zinjibar and the town of Jaar. In the areas they control, al-Qaida has publicly killed and flogged residents accused of “witchcraft,” drinking alcohol and swearing, among other things, residents there told the AP. They also forced residents to close shops to attend prayers.

Despite training in the United Arab Emirates, Eritrea and Saudi Arabia, security forces in the port city of Aden remains short of manpower and unwilling to confront the militants, security officials told the AP. They blamed widespread corruption and a severe lack of organization for the security vacuum.