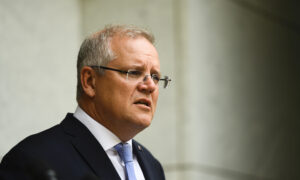 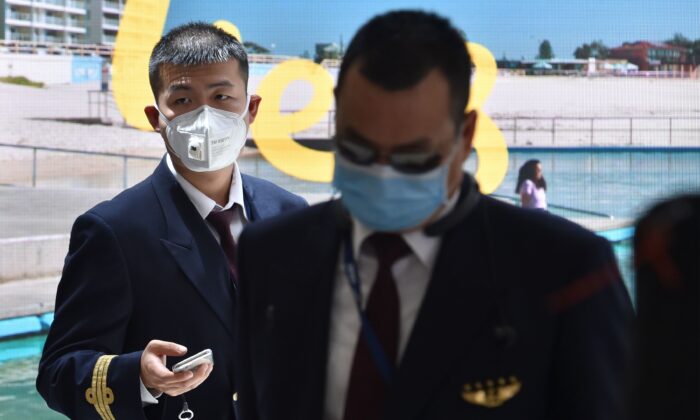 A China Eastern Airlines pilot arrives at Sydney airport after flying a plane from the Chinese city of Wuhan on January 23, 2020. (Peter Parks/AFP via Getty Images)
Australia

A plane from Wuhan city in China—ground-zero of the COVID-19 outbreak—landed in Sydney on April 8, carrying 90 tonnes of medical supplies, including protective masks, gowns, and respirators.

The flight crew were ordered to quarantine themselves in a hotel at Sydney Airport for 16 hours until their next flight departed on April 9.

Although Australia is in desperate need of medical supplies and personal protective equipment (PPE), the decision to allow the plane to come has drawn criticism and anger.

Peta Credlin, a well-known political commentator, described the situation as “utterly unacceptable” during an interview with Alan Jones on the popular talk-back radio program, 2GB.

Credlin expressed her feelings about the potential exposure of Australians to the CCP virus by the flight crew.

“The person who cleans the room the next day, and changes the linen—why are we putting ourselves at risk?” she said.

“Yet these guys, they’re getting off a plane from [expletive] Wuhan,” she said.

The controversial Wuhan flight comes amid a criminal investigation into the mishandling of the Ruby Princess cruise ship which allowed passengers to disembark before getting back the results of COVID-19 testing. They went on to transmit the disease in the community. Infections from the Ruby Princess now account for over 10 percent of all COVID-19 cases in Australia, and over 30 percent of all deaths from the disease.

The flight from Wuhan comes right as the government updated its restrictions for aircrew on April 9, on the advice of the Australian Health Protection Principal Committee (AHPPC).

The AHPPC announcement said aircrew on international flights are exempt from the mandatory 14-day self-isolation rules.

The flight from Wuhan was operated by Suparna (JinPeng), the second-largest Chinese cargo company. Staff wore full protective gear as they unloaded the medical supplies.

Concerns about the infection risks of airline crew are being raised in Australia after about 50 Qantas Group employees tested positive for COVID-19. Qantas said in a statement that infections occurred while their crew was on the ground in cities overseas, and not while they were on an aircraft.

While Australia is desperate for medical supplies and PPE there is mounting concern in the international community about the quality of supplies being sold by China, which have been described using words like dodgy, faulty, defective, dirty, and, unfitting.

At a press briefing in Finland on April 8, Tomi Lounema, the managing director of the country’s National Emergency Supply Agency said, “The Chinese market is very chaotic.”

He added that they had to deal with a large number of obscure suppliers in China which makes it difficult to trace where goods are actually made.

In a press release on April 7, the City of Toronto said it had recalled more than 62,000 faulty surgical masks that it purchased from suppliers in China worth CA$200,000 that did “not meet the specifications the City requires.” The faulty masks had been distributed to long-term care facilities on March 28.

The City of Toronto is investigating whether care workers may have been exposed to the CCP virus while wearing one of the faulty masks.

The CEO of Ireland’s Health Services Executive, Paul Reid, said on April 5 that about 20 percent of a consignment of PPE from China was defective. The faulty items carried a value of 4 million euro (US$4.4 million, AU$6.9 million).

The Netherlands and Spain are also on the growing list of countries that have received faulty medical equipment from China. On March 28, the Netherlands recalled around 600,000 face masks. The Spanish health ministry withdrew 58,000 Chinese-made testing kits upon discovering they had an accuracy rate of only 30 percent.

On April 8, the Chinese regime’s customs administration admitted to the poor quality of the PPE that was exported in a statement titled: “China moves to ensure quality of medical supply exports.”