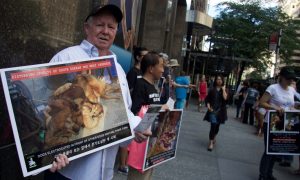 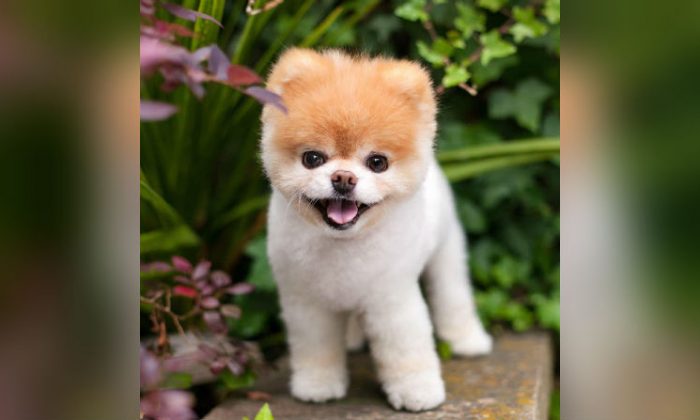 Boo rose to fame in late 2010, especially on the social media scene, and has 16.6 million likes on Facebook. Over the past decade, Boo featured on several TV shows, met with celebrities such as Seth Rogan, served as an ambassador for a U.S. airline, and in other partnerships. His contracts are reportedly worth about $1 million a year.

His owners said Boo began having heart problems ever since his older friend Buddy, 14, died in 2017.

“Shortly after Buddy died Boo showed signs of heart issues. We think his heart literally broke when Buddy left us,” his owners wrote to fans on Facebook.

“He hung on and gave us over a year but it looks like it was his time, and I’m sure it was a most joyous moment for them when they saw each other in heaven.”

Boo’s owners, who are from the United States, confirmed the canine celebrity passed away early on Jan. 19.

“Our family is heartbroken but we find comfort knowing that he is no longer in any pain or discomfort,” they wrote.

They shared to fans about how Boo had left behind a legacy of joy.

“Since starting Boo’s FB page, I’ve received so many notes over the years from people sharing stories of how Boo brightened their days and helped bring a little light to their lives during difficult times,” Boo’s owner said on Facebook after Boo’s death.

“That was really the purpose of all this … Boo brought joy to people all over the world.”

“Boo is the happiest dog I’ve ever met. He was so easy going … He made the manliest of men squeal with delight over his cuteness and made everyone laugh with his quirky, tail wagging personality.”

Boo first appeared in a photo book in 2011, called “Boo: The Life of the World’s Cutest Dog,” which featured his adorable self in multiple locations, with Buddy accompanying him in some.

The book has since been published in at least 10 languages—Portuguese, Finnish, French, German, Norwegian, Italian, Japanese, Korean, Turkish, and a Chinese-language edition sold in Taiwan. Boo has since appeared in another three photo books.

Boo’s publicist at Chronicle Books, April Whitney, revealed in 2012 that Boo’s owner never sought fame or fortune from the dog who lived with her in San Francisco.

“She didn’t contact us, we contacted her when Boo only had 60,000 Facebook fans,” Whitney told the Business Insider. “It might appear to people like she’s creating all these things for Boo but the only online presence she’s made for him is his Facebook page.”

Business Insider reported in 2012 that Irene Ahn had adopted Boo in 2006 and created a Facebook page for him. Ahn used the stage name J.H. Lee to “keep the spotlight on her dog.” Other accounts about Boo, including his Twitter account, YouTube videos, and website are fake or run by fans.

Boo’s owners shared a message of thanks to all fans and those who helped looked after Boo throughout his life.

“Over the years Boo met some super cool people, a lot of crazy talented people but most of all so many kind people … friends who gave him endless love, people who prioritized his comfort over getting that perfect picture, partners who understood that Buddy always had to be included, and last but definitely not least, the amazing doctors, therapists, and staff at Adobe Animal Hospital, and Sage Veterinary Centers for the countless hours of care and dedication they poured into Buddy and Boo,” they said on Facebook.