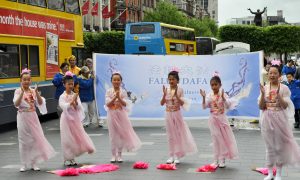 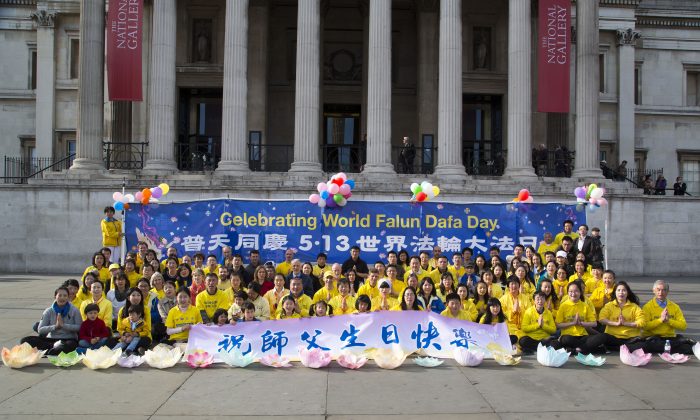 LONDON—Over a hundred Falun Dafa adherents gathered in Trafalgar Square on Saturday, May 9 to commemorate the public introduction of their practice in 1992.

This year, World Falun Dafa Day marks the 23rd anniversary of Falun Dafa’s introduction to the public in China by Mr. Li Hongzhi in 1992. Falun Dafa (also called Falun Gong) is an advanced practice of self-cultivation based on the Buddha School of teachings, according to the group’s website FalunDafa.org.

In London, adherents collected signatures calling for an end to the persecution of the practice in China, did Chinese calligraphy for passersby, and demonstrated the five meditative exercises under colourful balloons.