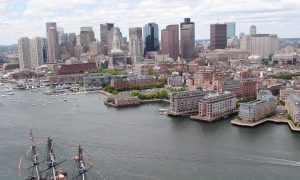 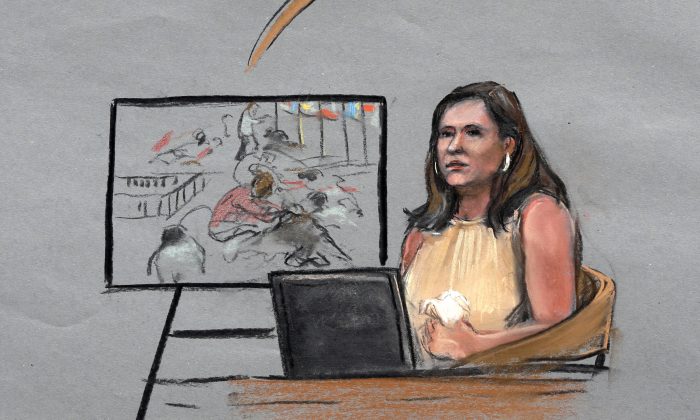 In this courtroom sketch, Boston Marathon bombing survivor Celeste Corcoran is depicted on the witness stand during the first day of the penalty phase in the trial of Boston Marathon bomber Dzhokhar Tsarnaev, Tuesday, April 21, 2015, in federal court in Boston. (AP Photo/Jane Flavell Collins)
US

BOSTON—A Boston woman charged with scamming the charity set up for survivors of the 2013 Boston Marathon bombing and fraudulently receiving benefits from other organizations will likely face trial in February.

WFXT-TV (http://bit.ly/1Ch2bjK ) reports that Joanna Leigh appeared in court on Thursday for a pretrial hearing.

She says she suffered traumatic brain injuries in the explosions that killed three and injured more than 260.

The Implications of the Death Sentence for the Boston Marathon Bomber

In League of Rebuilding Teams, Boston Celtics Look Furthest Ahead

Boston 2024: City Eyes Many Challenges and Opportunities in Bid to Host Summer Games

Authorities say Leigh was at the marathon, but wasn’t hurt.

The 41-year-old Leigh remains free after pleading not guilty. She says the charges are retaliation for her criticism of The One Fund victims’ charity.