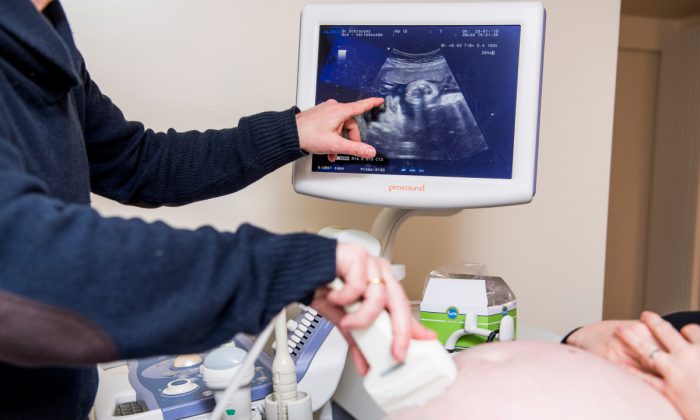 A woman was struck with an extremely uncommon form of pregnancy where the baby grew outside of her uterus, and instead in her liver. Since this kind of pregnancy can be life threatening, doctors performed surgery on the woman to remove the embryo, according to multiple mainland Chinese media outlets.

The woman, named Long, 29, comes from Tianchang City in Anhui Province, China. Doctors found that she had already been pregnant for three months by the time she came to the hospital on April 22.

Any pregnancy outside of the uterus is called an ectopic pregnancy. When these ectopic pregnancies occur, they are more often found in the fallopian tubes, or other parts of a woman’s reproductive organs.

“Ectopic pregnancy in the liver is exceptionally rare,” according to the U.S. National Library of Medicine. “According to the statistics … in the past 35 years before November 1999, only 14 cases have been reported in the world.”

Since Long was experiencing abdominal pains, she went to the doctor for a check-up on April 22.

Li Shihua, head of the obstetrics and gynecology department at the Yangzhou College Affiliated Hospital, said that Long had already stopped having her period for three months, according to the Yangzhou News. She was then given a blood test.

The blood work confirmed that Long was indeed pregnant. “But after investigation, no gestational sac could be found inside her uterus,” Li told Yangzhou News.

Long was then given a CT scan. “There was a large mass near her liver,” Li told Yangzhou News.

The doctors then realized that Long had an ectopic pregnancy. The doctors warned Long that such a pregnancy can cause heavy internal bleeding, since the embryo is growing close to the blood vessel of the liver, and can lead to death.

Long agreed to terminate the pregnancy.

Reports did not indicate the outcome of the surgery, or of Long’s condition.