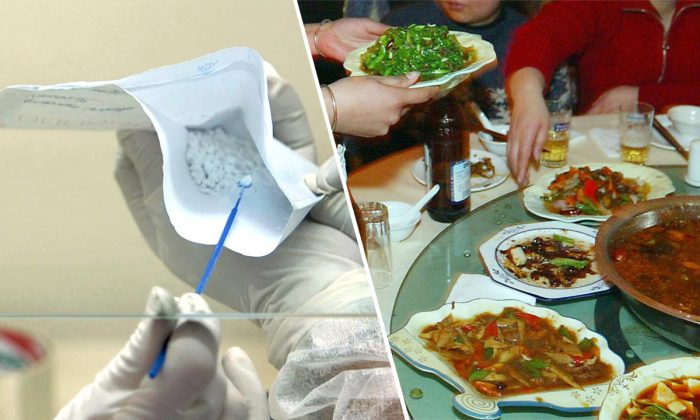 Woman Steps Outside During Dinner, Comes Back to Find Mysterious White Powder on Food

A man attempted to rob a woman by covering her dinner in a sedative after he tricked her into believing someone was outside her house looking for her, according to Chinese online news outlet KNews. He claimed he needed the money for medical fees for his pregnant wife, who was soon to deliver.

The woman, surname Xu, called the authorities after she found the powder on the evening of June 25. Police in Suzhou City of China’s Jiangsu Province inspected her security camera footage and found that her neighbor, surname Li, was the only person to enter the apartment while Xu had stepped out.

Xu is one of the millions of migrant workers in China who leave their hometowns for lack of economic opportunity to find work in larger cities. Xu lived in her apartment alone.

After she finished preparing her dinner in the evening, her neighbor across the hall, Li, told her that someone from her hometown was downstairs looking for her.

Xu eagerly went outside to go look for the person without closing the door behind her. However, she found no one.

According to the security footage, at the same time, Li sneaked into her house and spread the powder over her freshly cooked meal. He later claimed that he had intended to cause Xu to pass out so that he could sneak back into her apartment and rob her. The money was intended to pay for medical fees for his pregnant and expecting wife.

When Xu came back upstairs, she found the powder on her food and called the police, KNews reported.

When Li was questioned, he stated that he hadn’t set foot in Xu’s apartment, without knowing that the officers had already seen him entering the apartment on the security camera footage. When he was presented with the footage, he quickly confessed to putting the powder on Xu’s food.

After hearing Li’s intent, Xu explained that she didn’t have anything of value in the apartment, since she was only living their temporarily.