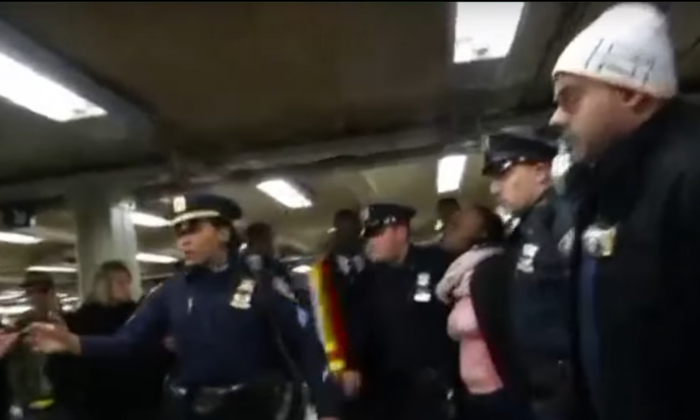 Woman in NYC Subway Push: I’m Not Guilty and Didn’t Admit It

Prosecutors say Melanie Liverpool admitted to the deadly push. But when Liverpool heard that at her arraignment Tuesday, she said she “didn’t admit” anything.

Woman pushes another woman to death in front of a train: A 30-year-old woman, Melanie Liverpool-Turner was arrested… https://t.co/GjukGDhTgS pic.twitter.com/eA7ilGBc97

The other woman was crushed to death around 1 p.m. Monday. Authorities say witnesses flagged down officers on the platform, and Liverpool was apprehended within minutes.

Authorities have described the 30-year-old Liverpool as emotionally disturbed. Her lawyer, Mathew Mari, says that he has little information on her medical history but that she worked as a home health aide until three weeks ago.

Subway deaths from pushes are not common, but there have been a few in the past few years.