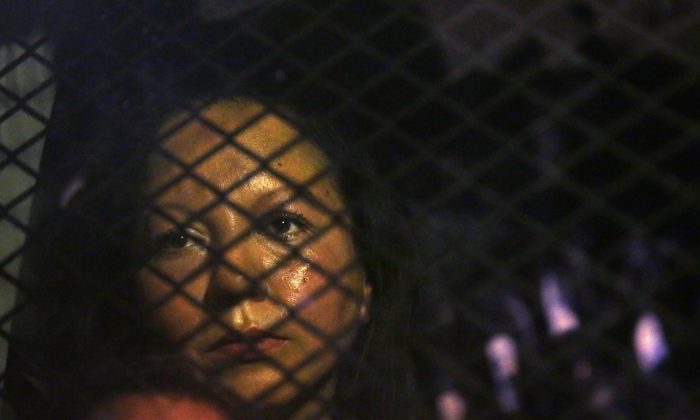 Guadalupe Garcia de Rayos is locked in a van that is stopped in the street by protesters outside the Immigration and Customs Enforcement facility in Phoenix on Feb. 8, 2017. (Rob Schumacher/The Arizona Republic via AP)
US

An undocumented immigrant mother who was granted leniency under the Obama administration has been deported to Mexico in a sign of how President Donald Trump will carry through on his campaign promises on immigration.

The lawyer for Guadalupe Garcia de Rayos and an immigrant advocacy group say they learned from Mexican diplomats in the United States that she had been taken back to Mexico.

The Phoenix mother was in the country illegally and checked in Wednesday for what she thought was a routine meeting with Immigration, Customs and Enforcement officials. They then moved to deport her, prompting protests.

Seven people were arrested after they blocked ICE vans from leaving a Phoenix location.