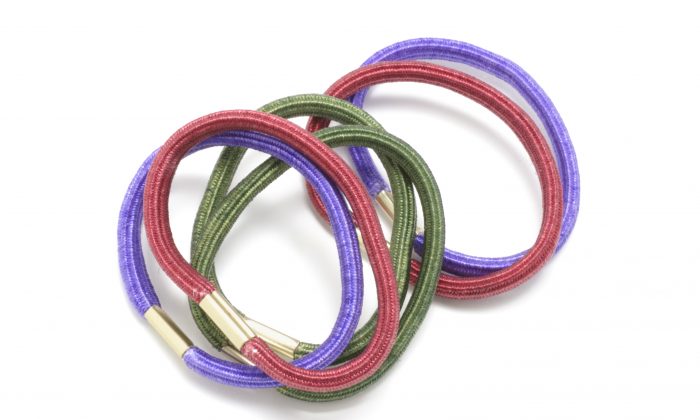 Audree Kopp was given antibiotics by her doctor when she went in because of a bump on her wrist.

But the Kentucky resident soon found herself in the emergency room after the bump grew abnormally large.

“It just kept getting bigger and redder and worse,” Kopp told WLKY.

She’s now recovering after emergency surgery. Doctors say the serious infection happened after bacteria from her hair tie got into a small cut on her wrist.

got a mark from my hair tie, to which @coryashworth informs that YOUR HAIR BAND AROUND YOUR WRIST COULD CAUSE DEATH! https://t.co/KXMD5dEyA8

“[Bacteria] got into that area and caused a localized infection,” Dr. Amit Gupta, the hand surgeon who performed the operation at Norton Healthcare in Louisville, told ABC News. “This is very rare, in my 25 years of experience I’ve never seen this.”

Gupta said that if Kopp had waited a day or two longer, it could have been very bad.

“They said I needed surgery, and thank God I caught it in time, or I could have had sepsis,” Kopp said.

Gupta also emphasized that an infection from a hair tie is extremely unlikely but that anyone with a cut that looks infected should visit their doctor or emergency room. If you do wear bands on your wrist, try to wash them and make sure they aren’t too tight.

“I didn’t believe it at first, I thought that it was a spider bite, or something else, not from wearing hair-ties,” Kopp said.

She won’t be wearing hair ties on her wrist anymore. She’s just happy her story has a positive outcome.