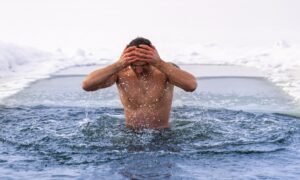 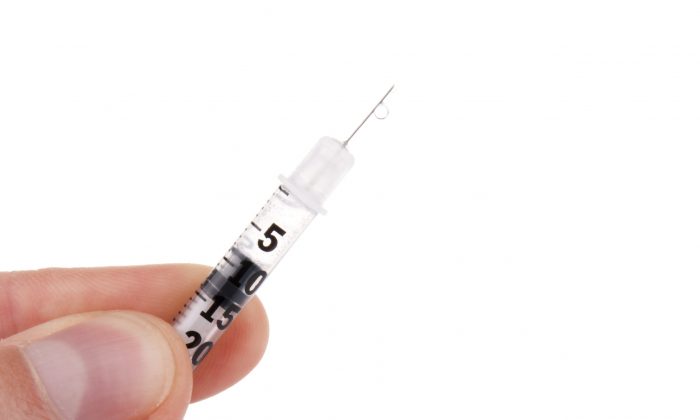 An undated file image of a syringe. (dml5050/iStock)
Mind & Body

NEW YORK—If you’ve heard of mesotherapy, you’ve probably heard of it as a noninvasive delivery method for cellulite treatments and facial rejuvenation. But it’s also incredibly effective for all kinds of medications.

“It can be used for neurostabilizers, DHT blockers, anti-inflammatories—anything that can be compounded—made up in liquid form,” said Dr. Alexander Kulick, an integrative physician who studied mesotherapy with leading experts in France and is pioneering its use for medical treatments in the United States.

Shampoo Ingredients You Want to Avoid

Mesotheraphy delivers medication directly to the location of pain via rapid, tiny syringe pricks that pierce only midway through the middle layer of skin (the dermis).

Because it doesn’t reach the blood vessels, medications injected via mesotherapy are not carried away and diffused into the circulatory system nearly as fast as when they are injected under the skin (subcutaneously) or given orally.

Dr. Kulick said that subcutaneous injections and oral medicines bathe an injured area with medicine for around 30 minutes, while with mesotherapy the medication stays in place for around 12 hours. And because treatments are so localized, usually only 1/50th to 1/60th of the normal dose is used, and treatments are typically only done once a week.

For some medications, the dose used with mesotherapy might be even less. For example, if your knuckle hurts, you might need to take 800 milligrams of painkiller orally twice a day. After two weeks, you would have circulated 22,400 milligrams of medication through your system.

But when the medication is given via mesotherapy, you might need a dose of only 6 milligrams of the same painkiller per week for three or four weeks, Dr. Kulick said.

“Needless to say, any side effect associated with the medication becomes irrelevant when using 36 or 48 milligrams instead of 22,400 milligrams,” he said.

Mesotheraphy is being explored mostly in Europe for giving treatments for everything from eye problems to anxiety and even as a mode of vaccination. It is also used cosmetically for cellulite, hair loss, and skin rejuvenation. Dr. Kulick mainly uses it for sports injuries like tennis elbow and golfer’s elbow, inflammation, and nerve pain.

He also treats sinusitis, pharyngitis, low back pain, vascular insufficiency, acne, and wounds with it. And as an integrative physician, he uses the technique to deliver herbal medicines that complement other treatments.

For example, once a patient came in with very swollen feet and no sensation in his or her soles, indicating a vascular disorder. Dr. Kulick used mesotherapy to deliver melilotus, an herb that helps increase lymphatic drainage, alongside carboxytherapy, a treatment that stimulates growth of new blood vessels.

After a few weeks, the swelling went away, new blood vessels grew in, and sensation came back.

What does it feel like to get mesotherapy? “My brother can’t tolerate it because when I do it on his back, it tickles too much, which gives you an idea of how much it ‘hurts,'” Dr. Kulick said.