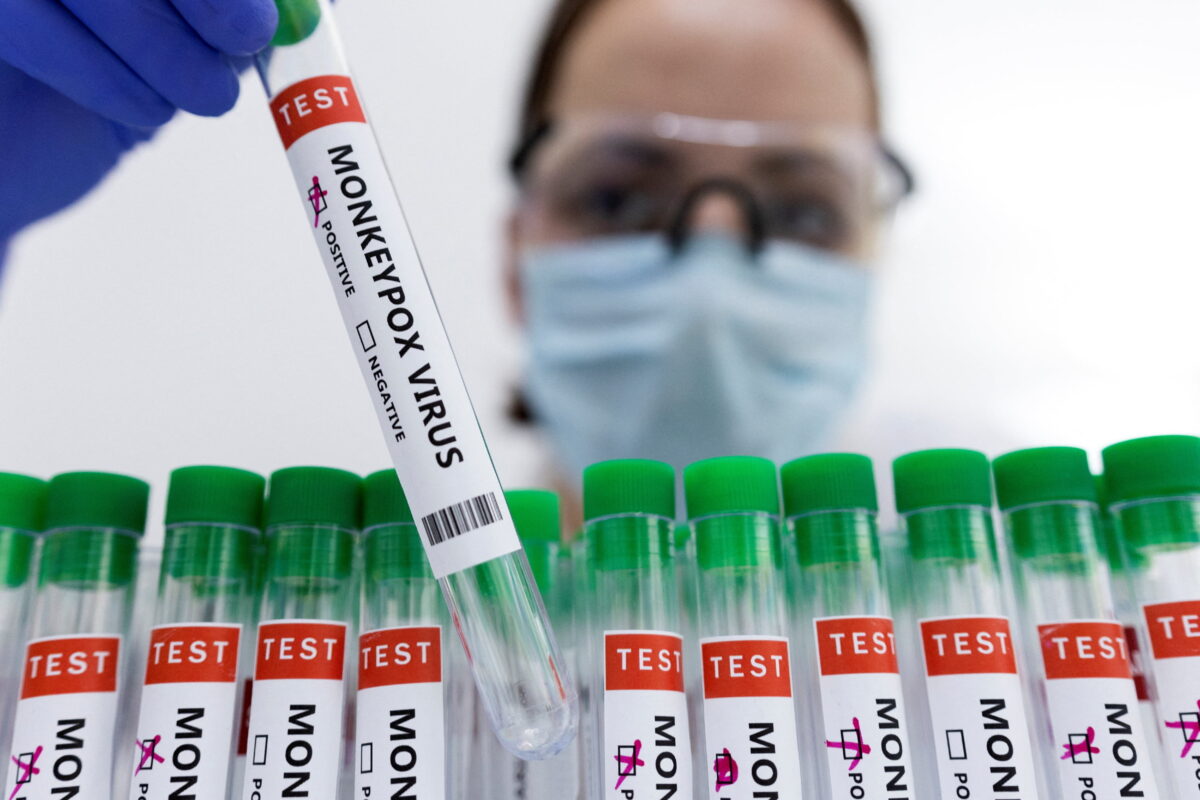 Will Monkeypox Vaccines Become Compulsory Too?

Earlier this year, there began an upsurge in monkeypox cases, and talks of vaccination for the disease quickly followed. On June 23, the World Health Organization convened an emergency committee to discuss the global outbreak, which was not defined as a public health emergency at the time.

What is the effectiveness and safety of the monkeypox vaccines? Is it possible for governments to start mandatory vaccination against monkeypox?

What is the R0 Value of Monkeypox? It is Relatively High in Homosexual Males

As of early July, there are more than 1,000 cases in Europe, and Canada and the United States each have several hundred cases. It is noteworthy that there are multiple simultaneous outbreaks across these two continents, which may be caused by mutations in the virus or environmental changes. And this is a cause for concern.

Monkeypox has two major variants, including the Central African clade and the West African clade. Since 2000, the number of monkeypox cases has been on the rise. However, it was not a major concern in the past as the previous outbreaks were of small scales and endemic in Africa primarily. No studies have been done to explain why this outbreak in multiple continents is occurring right now.

The R0 value is an indication of  the rate of transmission of the virus.

The transmissibility (R0 value) of the monkeypox virus in the general population is around 0.8; however, among homosexual males, it is greater than 1, with a high risk of transmission.

The WHO emphasized that the monkeypox virus is transmitted through close sexual contact. It is not certain if it is sexual conduct between males that poses a higher risk of infection, but homosexual males do belong to a high-risk group.  And it is not proven yet whether the current monkeypox is a sexually-transmitted disease (STD).

Is This Why the Virus Has Adapted to Rapidly Spread in Humans?

Analysis of the viral sequences shows that the current epidemic strain is closer to the West African (Nigerian) strain than to the Central African strains.

Being a type of DNA virus, monkeypox virus also mutates, but its mutation is slower than RNA viruses, such as the SARS-COV-2 virus. In general, monkeypox virus produces one to two mutations per year. However, a comparison of the current monkeypox virus with the virus at the beginning of the 2019 outbreak shows that it has accumulated 47 to 50 mutations, which is a rather strange phenomenon.

One potential factor related to the faster transmission is that the mutations accumulated in the current monkeypox virus strains are beneficial for their adaptation of human and was a result of less stop-codon mutations generated in the offsprings of the virus replication when virus replication was countered by intrinsic APOBEC3 antiviral mechanism in infected cells.

The Apolipoprotein B mRNA Editing Catalytic Polypeptide-like3 (APOBEC3) is a family of cytidine deaminases that play important roles in intrinsic responses to infection by retroviruses and have also been implicated in the control of other viruses such as parvoviruses, herpesviruses, papillomaviruses, hepatitis B virus, and retrotransposons. The genomes of humans and other primates encode five to seven APOBEC3 proteins (named from A to H), all of which are encoded by a single gene cluster on chromosome 22.  These APOBEC3 proteins play an important role in innate immunity in the human body. They can interfere or aberrate viral replication when APOBEC3 proteins bind to viral mRNA and cause missense or stop codon mutations.

In addition, the expression levels of APOBEC3 family proteins varies among patients, which also affects the outcome of missense mutations and different stop codons (either UAA or UAG).   Therefore, this indicates that accumulation of certain types of APOBEC3-related mutations would be related to the immunity of infected individuals, which favorably harbors certain types of mutations.

It has also been discovered that drugs targeting retroviruses, such as anti-HIV drugs, also affect the expression of APOBEC3A and G in different cells in immune systems.

That is, the immune status of people who take antiviral drugs for a long time may prevent the monkeypox virus from being completely eliminated.

Instead, the virus could mutate and become better adapted to spread in humans.

This phenomenon may be similar to the emergence of the alpha variant of the SARS-COV-2 virus, which also originated in the immune-deficient individual who was  on long-term antiviral medications and several months of treatment against COVID-19.

The human body’s own immune function is very important for defense against viruses. And it would be alarming if some of the immune-deficient populations favors particular monkeypox viral variants that were more suitable for transmission. This would be an important area that warrants more research.

Will the Next Vaccination Mandate Take Place?

Due to the rapid increase in monkeypox cases, the U.S. government has also begun preparing a vaccine strategy for monkeypox. In the past two years, due to the COVID-19 pandemic, the world’s first large-scale mandatory vaccination strategy has been implemented. This has led many people to worry about the possibility of another vaccination mandate for monkeypox.

The global vaccination strategy presently relies heavily on the WHO’s judgment on whether or not the outbreak constitutes a public health emergency of international concern.

Following the World Health Assembly in May 2022, the WHO is revising its definition of an emergency to broaden it. Events such as climate change and gun control can be defined as public health related. At the same time, the WHO has been given greater ability to intervene, including to determine whether or not certain information is correct.

This is a cause for alarm, because the WHO is now in a position to declare less serious matters as emergencies and to elicit a positive response from countries. In this case, there is a real possibility of vaccination mandates by governments, and many countries are indeed buying large quantities of vaccines and antivirals.

The United States has currently ordered 2.5 million doses of the Jynneos vaccine and hopes to distribute 1.6 million doses in the next few months. Jynneos is a third-generation smallpox vaccine that was not developed for the monkeypox virus, but still offers cross-protection against it.

In some places, where the local governments didn’t stock or purchase any Jynneos vaccine, the second-generation smallpox vaccine ACAM2000 may be used. However, this vaccine has more severe side effects and is explicitly contraindicated for use in pregnant women.

How effective is the Jynneos vaccine against monkeypox? There is no clinical data on how well the vaccine protects against the ongoing epidemic, and little is known about its safety.

According to the Centers for Disease Control and Prevention (CDC) website, there are three major types of people recommended to receive monkeypox vaccines. They are mainly people who have had close contact with someone infected with monkeypox a short while ago, and people who have no known history of exposure but are at some risk (such as people frequenting nightclubs). Monkeypox can be transmitted through broken skin and sexual contact, and its virus can also enter the body through the respiratory tract, eyes, nose, or mouth. There is also a higher chance that healthcare workers and laboratory personnel who care for people with monkeypox will be exposed to the virus.

The CDC recommends that the Jynneos vaccine be administered within four days from the date of close contact with an infected person, in order to prevent the disease. And if the vaccine is administered within 4 to 14 days after the contact, it will not completely prevent the disease, but only reduce its symptoms. Two doses of the vaccine are required, with a 4-week interval in between, in order for the overall immune effect to be strongly activated.

It’s worth noting that the Jynneos vaccine was only approved by the Food and Drug Administration (FDA) for people over the age of 18, and the vaccine cannot be administered to people under the age of 18 at the moment.

Is Vaccination the Only Way We Have to Fight Off Epidemics?

During the COVID-19 pandemic, the effectiveness of vaccines has been overstated at the expense of the importance of the body’s own immunity.

The human body has multiple defenses against external viruses and bacteria.

The human body has the defenses of the skin, mucous membranes, innate immunity, and different cellular tissues. In addition, our genes have various defenses against viruses, including destroying their reproductive function.

In contrast, a vaccine is a single human intervention into the human immune system, by using a small part of a virus to stimulate the immune system to produce memory.

It may produce some antibodies against the virus in the short term, but it may not be a comprehensive defense and may instead upset the balance of the body’s own immune system.

However, currently, there seems to be a tacit agreement in the medical community that vaccines are the first choice to defend against infectious diseases. Doubts about the effects and side effects of vaccines are discouraged and silenced. It is a reasonable doubt that these phenomena are scientifically flawed, and that a more open-minded approach should be taken to treat different voices objectively and encourage open and transparent discussion.