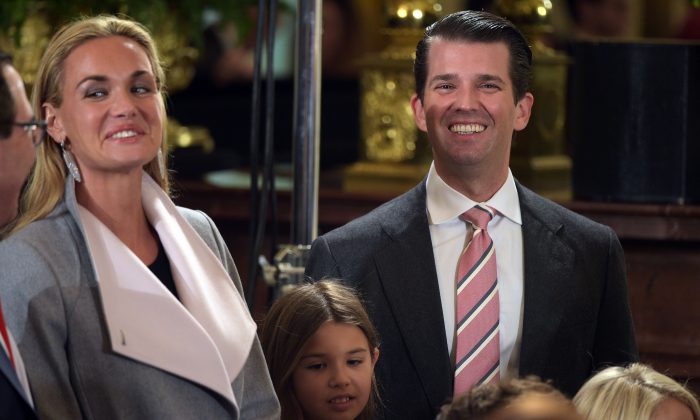 Vanessa Trump, the wife of Donald Trump Jr.., was taken to a hospital in New York City on Feb. 12, after she had opened an envelope containing white powder, local media reported.

According to WABC the letter was addressed to Trump Jr., President Donald Trump’s oldest son, and was sent to their apartment in Manhattan.

Vanessa and two others were sent to the hospital for examination, but appeared to be fine, WABC reported.

Police and secret service agents are investigating the matter.

It is not the first time that members of the Trump family have received suspicious mail.

According to media reports at the time, the letter contained a threatening message implying that Trump’s children would be hurt if Trump did not withdraw from the race.