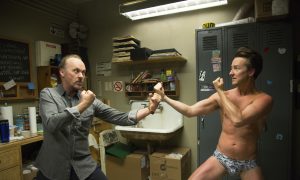 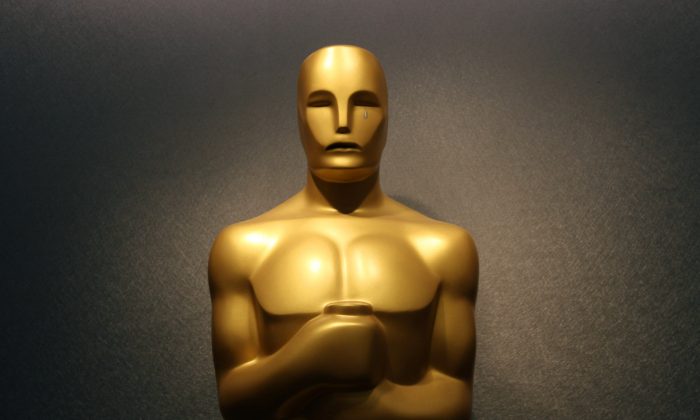 Every actor wants an Oscar. It’s the apex peer and industry honor, the most respected acting award in the profession, and automatically guarantees continued success, right? Wrong. While that may happen for most, sometimes it backfires. Oscar or not, you’re only as good as your last film, and your acting career can die a rapid death if you don’t play your cards right. It takes constant vigilance, and of course, luck.

We analyze 10 actors who won and then dwindled or disappeared. In the world of Oscar, good looks count because Best Actor and Actress count for more than the Supporting category. You’d better be ambitious, better know The Biz, and try and avoid the obvious face-lift.

Renee Zellweger was first seen in Richard Linklater’s “Dazed & Confused;” blink and you’ll miss her. Then she really got noticed in “Jerry Maguire” and “Bridget Jones’ Diary.” Then, Best Supporting Actress Oscar for “Cold Mountain.” From there, her films mostly went downhill. We hadn’t heard from her in three years, but now she’s back with an over-the-top face-lift. She looks scarcely like her former self. It might give her a whole new career (it didn’t work for Jennifer Grey 0f “Dirty Dancing) but she might need a whole new name and schtick to go with the new face. It’s marketing. Branding. It’s show-business.

Mira Sorvino had an “It” girl period in the ’90s, starting with her odd, falsetto-voiced hooker-with-a-heart-of-gold in Woody Allen’s “Mighty Aphrodite.” It won her Best Supporting Actress. “Beautiful Girls” was a fun movie (that birthed the career of megastar Natalie Portman) but Sorvino’s performance therein was somehow… sad. “Romy & Michele’s High School Reunion” with Lisa Kudrow was hilarious. One only hopes she’s gone the Debra Winger route, and is happier out of the spotlight than in it, but she, like Zellweger, also went the route of a facelift that rendered her, if not unrecognizable, then… nearly.

Kim Basinger won an Oscar for “L.A. Confidential.” She had the looks and the chops, but she took too much time off—three years! That’s certain death in showbiz. You snooze you lose, you rest on your laurels, your laurels will strangle you. People’s memories are too short nowadays to remember three years ago.

Mercedes Ruehl won for  Best Supporting Actress in 1991’s “The Fisher King,” starring Robin Williams. She then did a few supporting roles, in “Lost In Yonkers,” and “Last Action Hero,” then poof! Gone. A character actress with a very niche product—hard to keep peddling it around. It’s hard enough for the big stars.

Halle Berry had an Oscar win for “Monster’s Ball,” Then, while she did look good emerging from the surf a la Ursula Andress as a Bond Girl in “Die Another Day,” and wore the Catwoman suit well, she ended up with a Razzie Award For Worst Actress. The acting in both these films was pretty bad. She still models for Revlon and is still very much in the public consciousness. While she might make a comeback, there’s that brutal Hollywood women-of-a-certain-age thing to contend with.

F. Murray Abraham hit the big screen in a tiny role playing a grease monkey in the early 70s, in the Walter Matthau/George Burns film of Neil Simon’s play, “The Sunshine Boys.” He won an Oscar for Best Actor in 1985 for “Amadeus.” Most of the movies he made thereafter were terrible. F. Murray Abraham is a classic character actor. He doesn’t have Brad Pitt looks. Stunning looks are the ticket to a successful career, provided one can act. Otherwise, it’s fringe characters, because that’s the product you have to sell. Often fringe characters exist in bad movies. But once in a while, like “Amadeus,” such a character actor comes across a great role that allows him or her to shine, and one reminds the world how much talent it takes to be allowed on the big screen at all. F. Murray Abraham started as a grease monkey, peaked with ” Amadeus,” and then there was “Blood Monkey,” about killer monkeys. That’s the reality of the Biz. A business like any other.

Adrien Brody won Best Actor (for holocaust film “The Pianist”) in 2002, at age 27. Much like F. Murray Abraham, Adrien Brody’s got an interesting character actor face—he’s not a pretty boy. He later tried action movies (“King Kong,” “Predators”). Many sub-par movies followed. You take what they give you.

We first became aware of Italian actor Roberto Benigni in Jim Jarmusch’s “Down By Law” in the late 80s. He later won a well-deserved Oscar for the holocaust movie, “Life Is Beautiful.” Then he cavorted and partied for about two years. His return to acting absolutely bombed with “Asterix & Obelix Take On Caesar,” and “Pinocchio.” Benigni’s made five (bad) movies since. But he, like Kim Basinger, took too much time off.

Timothy Hutton blew up in Robert Redford’s directorial debut, “Ordinary People.” Which may have had something to do with the fact that it was megastar Robert Redford’s directorial debut. Hutton was 20 when he won the Oscar for it. He was in “Beautiful Girls” along with Mira Sorvino. He was also married to Debra Winger for a bit. But Hutton had neither the heft of a true leading man, nor the quirkiness of a true character actor. “Ordinary People” was the perfect alignment of role and who Hutton was, at age 20.

Cuba Gooding Jr. won an Oscar for Jerry Maguire. He’s done many good movies, including “Boyz n the Hood,” but he always suffered a little from “Mike Tyson” syndrome. That high-pitched voice never seemed to go with that body. How do you cast this guy? All in all though, not realizing what it takes, the rest of the world often stamps “failed actor” on such a career. And most of these forgoing careers. But from an actor point of view, if you made a living plying your trade in the shark-infested waters of showbiz, let alone won an Oscar, you hit it out of the park.

What You Need to Know About the 2016 Oscars