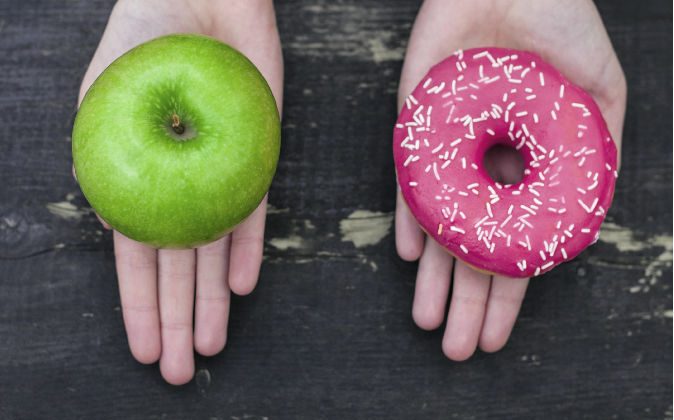 Why There Are No Limits to Your Willpower

We’ve all experienced those moments when we’ve been working really hard on a task, finally finish and feel like a well-deserved break, so we grab a coffee and relax for a few moments. What goes through your mind next? Do you believe you’ve reached as far as you can go that day, or do you feel energized for the next task, believing that your powers to keep focused are not depleted?

Research led by psychologist Veronika Job at the University of Zurich and others shed valuable light on the question of willpower and a person’s beliefs about it. Job found that if people believe their willpower is limited—and that they have a certain amount of it that will be used up—it will impact on their performance, particularly when they feel under pressure.

Their research was based on the “limited theory” of willpower, in which some people believe it is limited and needs to be replenished. However, others believe the opposite—that willpower is not limited and that they can activate it when they want to.

The best way to stay engaged and increase our sense of well-being is to keep in mind the goals that inspire us.

Psychologists conventionally thought that people who thought their willpower was limited could become more productive by conserving their energies and being selective in how they self-regulated their behavior. There has also been a belief that glucose intake can quickly restore someone’s belief that they can keep going, and that the waning of focus is mainly a product of fatigue.

How to Stop Procrastinating in 8 Easy Steps

The research also showed that students who believed there were no limits to their willpower benefited from more demanding circumstances. These students appeared to perform better when having to work on several assignments due close together.

It seems as if they responded to increased pressure with greater engagement, whereas those who thought their willpower was limited found it more difficult to stay focused on a task and manage their independent study effectively as the demands increased. The evidence suggests that this difference is not influenced by academic ability.

Other research has shown that adults in work suffer the same kinds of negative consequences from holding a limited theory of willpower and that this also produces lower subjective well-being. It appears that these people don’t strive much toward their own personal goals—which would suggest they are much less likely to have “grit.”

Grit relates to a person’s ability to take ownership of a goal and strive toward it even when difficulties and setbacks occur. It is associated with what’s called “cognitive control,” or “self-regulation,” the capacity to keep focus where you want it to be.

There is evidence that the same part of the brain that is used in self-regulatory behavior is also used for managing harmful emotions. So the more grit a person has, the more likely he or she will be able to manage those emotions of frustration, discouragement, and anger, which can overwhelm a person’s thoughts.

Much research on grit has been concerned with identifying its characteristics and studying its relationship to performance—both academic and at work. The American psychologist Angela Lee Duckworth has shown how grit is an effective predictor of strong academic achievement and successful performance at work, and that people with more grit are less likely to drop out of teaching and military training.

What is less understood is how to help people who think they have a limited amount of willpower to change—and help those with low levels of grit to become grittier.

It takes time for someone’s grit to positively change. Developing other approaches to learning helps considerably. Research I am concluding in several schools also shows that organizational values and a school’s ethos appear to contribute to how children both approach learning and develop a sense of urgency in their studies.

The more we begin to see that we can learn effectively and believe that our effort and stamina is not exhaustible, the more we develop resilience in the face of challenges.

One of the reasons we need to consider all these different approaches to learning together is because a sense of purpose is closely related to their development. People who have clearer long-term goals and positive aspirations for the future are better at growing resilience.

The recent research on willpower helps to show that we don’t need to and shouldn’t give in to self-imposed limits. This isn’t to say we can’t take a break during a busy work or study period. But that’s not because we’ve exhausted or depleted our powers to focus and achieve.

The best way to stay engaged and increase our sense of well-being is to keep in mind the goals that inspire us and our inexhaustible resources to achieve them.

Nigel Newton is a doctoral candidate and assistant researcher at the University of Bristol in the U.K. This article was originally published on The Conversation.