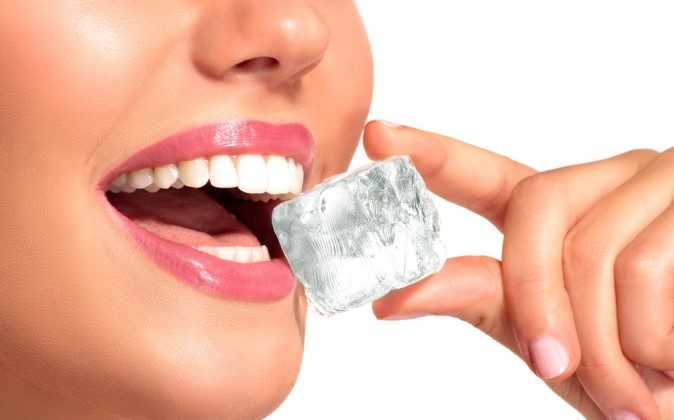 In a study of 158 pregnant teenagers in Rochester, New York, nearly half engaged in pica, the craving and intentional consumption of ice, cornstarch, vacuum dust, baby powder, and soap, and other nonfood items, reports a new Cornell study.

Pregnant teens, regardless of pica, are at higher risk for low hemoglobin, which can lead to iron deficiency and anemia. Low iron in pregnant teens raises the risk of premature births and babies with low birth weights, which in turn, increases infant mortality rates.

“In this study, the strength of the association [between pica and anemia] is as big as any known causal factor of anemia [in pregnant teens]; this is a very strong association,” says Sera Young, a research scientist in nutritional sciences in Cornell’s College of Human Ecology and a coauthor of a study published online in the Journal of Nutrition.

In the study, pica behaviors and iron deficiency increased over the course of the pregnancies.

“As anemia increased, so did these behaviors, but we don’t know what happens first,” says Kimberly O’Brien, professor of nutritional sciences and the study’s senior author.

Texture appears to be very important to those engaged in pica and is one commonality among the types of substances consumed, says Young.

When people crave ice, they consume “cups and cups and cups of it,” says Young. At the same time, “ice is not going to change someone’s iron status,” says O’Brien, leading to her hypothesis that iron deficiency may have an effect on brain chemistry that leads to these cravings, a theory that will require animal studies to prove.

“The public health importance of pica really needs to be acknowledged,” says Young. “My hope is that these studies put pica on the radar as a legitimate public health issue.”

In the future, the researchers plan to study the mechanism behind whether low iron status or pica comes first and how these cravings develop. And they would like to expand their investigations into other demographic groups.

The researchers are currently studying a group of older women bearing twins and triplets, who also engage in pica behaviors but are “on the opposite end of the reproductive spectrum” as the adolescents, says O’Brien.

Young has documented pica around the world, but “this is happening in our own backyard,” she says. “This is not rural Kenya, this is Rochester, New York,” she says, noting the high prevalence and severity of pica.

Rachel Lumish, who worked in O’Brien’s lab as an undergraduate, is the paper’s first author. Co-authors include researchers from the University of Rochester.

The US Department of Agriculture and the National Institutes of Health supported the study.

*Image of “ice” via Shutterstock