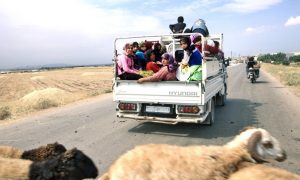 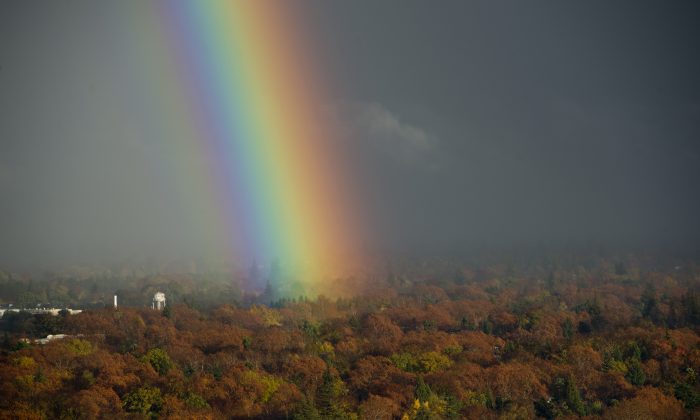 A new study, however, could help clear the air.

“On average, it rains most on days with high soil moisture,” explained Benoit Guillod, the first author of the study in Nature Communications. “Most precipitation falls, however, over the driest subregion.”

The phenomena can be explained in the following way: over the course of a day, the sun warms the earth’s surface, causing the water in lakes, rivers, oceans, and the ground to evaporate. This water vapor rises throughout the day, where it meets colder layers of air and condenses. It then starts to rain.

The soil’s moisture content plays a decisive role, particularly in areas far from the coast: the more moisture in the soil, the more water can evaporate, which increases the likelihood of precipitation.

But Where Exactly Does it Rain?

Within a humid area, the areas with lower soil moisture produce the warmest air, permitting the water vapor to rise the highest and thus meet the colder air layers the soonest. As a result, it rains most frequently at these locations. Guillod and colleagues base their findings on a wide range of data, including readings from soil sensors at 19 locations across Switzerland as part of the SwissSMEX project. The soil temperature and moisture content are recorded at various depths.

Such detailed measurements are rare worldwide. For the study, scientists had to rely on satellite data, which delivered information regarding the moisture at the soil surface to a depth of 2 to 3 centimeters.

For an accurate examination of water evaporation, however, the data from the surface was not sufficient. Much water evaporates through the vegetation as plants absorb water through their roots from deep in the soil and transport it up. The scientists estimated the soil moisture up to a depth of 1 meter; to do so, in addition to data on precipitation and surface soil moisture, they also used information on radiation and temperature.

“We laid a grid over the earth’s surface, and, with the help of an algorithm, we identified more than 100,000 individual rain events between 2002 and 2011, and we then analyzed the soil moisture before these events,” explains Guillod, who led the study as part of his doctoral thesis at ETH Zurich and is now at the University of Oxford.

Previous studies were either limited to the spatial aspect—where it rains—or the temporal aspect—when it rains.

“Our study was the first to show the overall temporal and spatial correlation between soil moisture and precipitation,” said Guillod.

He cautions against premature conclusions: “The question of when exactly rainfall occurs is not yet completely clear due to the complexity of the process.”

Inken de Wit is a writer for ETH Zurich. This article was reprinted from ETH Zurich via Futurity.org.