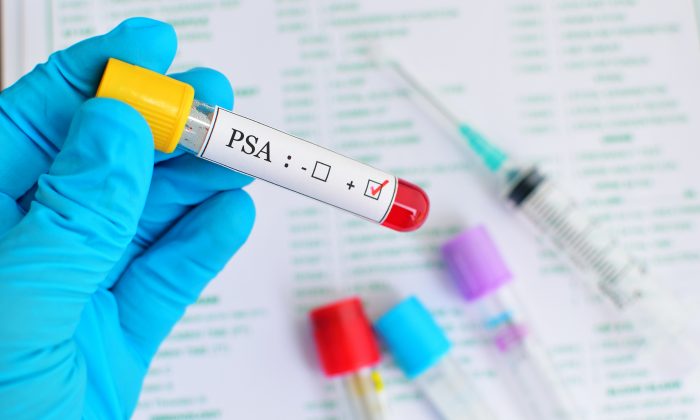 In 2012, the United States Preventive Service Task Force (USPSTF) advocated that urologists not routinely screen men without symptoms of prostate cancer using the prostate specific antigen (PSA) test. Their argument was that the benefits of PSA testing in men may not justify the cost of implementing PSA as a screening tool, and they had concerns that the harms of PSA outweigh the benefits.

However, I did a study, which was published in the journal Urologic Oncology in August, that compared the results of 2,495 of my patients with prostate cancer who underwent surgery to remove their prostate gland using SMART, a minimally invasive, robot-assisted procedure I modified.

Men as young as 40 can get prostate cancer and it is often more aggressive in younger men.

Why Your PSA May Be Elevated

Two Non-Invasive Treatments for Enlarged Prostate You Should Know About

Another finding of the study was that waiting until age 50 or older to screen for PSA can result in missing an early diagnosis in up to 11 percent of patients who have prostate cancer. Approximately 271 men from the study were found to have significant prostate cancer at the mean age of 46.

These findings show that a benefit of screening men below the age of 50 for prostate cancer is that if surgery is needed, the outcomes will likely be more favorable.

When there is a delay in diagnosing prostate cancer and it reaches the state where it metastasizes, this complicates treatment and results in poorer outcomes.

After the age of 50, a man’s risk for prostate cancer greatly increases. However, men as young as 40 can get prostate cancer and it is often more aggressive in younger men.

The PSA test is a simple blood test that measures the amount of prostate-specific antigen present in the blood. PSA is a protein that is released by the prostate gland. In healthy men, the amount of PSA in the blood is low—generally less than 4.0 ng/ml. However, as men age, their prostate can experience physiological or pathological changes that cause the PSA to rise.

I recommend all men be screened for prostate cancer with a PSA test, starting at age 40. This will help detect early prostate cancer and give a baseline level for comparison with future PSA tests. The earlier prostate cancer can be diagnosed and treated, the greater the likelihood of becoming free of cancer.

Dr. David Samadi is the chairman of the urology department and chief of robotic surgery at Lenox Hill Hospital. He is a medical correspondent for the Fox News Channel’s Medical A-Team. Learn more at  RoboticOncology.com and visit Dr. Samadi’s blog, SamadiMD.com