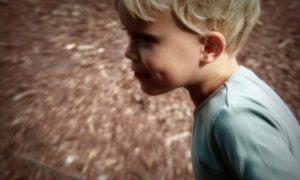 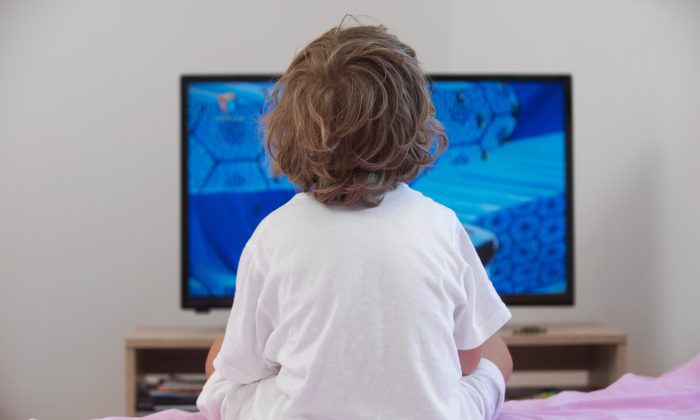 Children's health is suffering in our sedentary age, but those who just can't sit still are faring better, finds new research. (KaliAntye/Shutterstock)
Lifestyle

Why Fidgeting Could Be Good for Your Child’s Health

Moving around, even in small amounts, can have a big impact on health and longevity
By John J Reilly

Fidgeting is usually considered as a sign of boredom or lack of attention which can be distracting to others. Parents and teachers often demand that their children and pupils stop doing it. But fidgeting could actually be good for their health. Research suggests it might help protect against obesity, improve cardiovascular health, and even save lives.

The children all followed the same procedure in the calorimeter: 30 minutes watching TV, ten minutes drawing or coloring, and 20 minutes playing with toys on the floor. We counted the number of times children changed posture and took that as our measure of fidgeting.

The fidgeting we witnessed—with colleagues from the Australian universities of Wollongong and Deakin—varied enormously, despite all of the children following the standard set of activities. There were 53 posture changes per hour in the most fidgety third of the sample and only 11 per hour in the least fidgety third. These differences directly affected the number of calories burned.

The difference between the most and the least fidgety groups was only around six calories per hour. But when extrapolated over months and years, this could lead to large differences in energy use.

After all, children of that age typically spend around 9 to 10 hours per day sitting down, so a six calorie difference per hour of sitting would become a difference of 60 calories per day, 420 calories per week (about three bags of chips), and 22,000 calories per year (equivalent to about 2 kilograms of body weight in a 20 kilogram child).

We also found that children were much less fidgety while watching TV than when drawing, coloring, or playing with toys on the floor. This may partly explain why time spent watching TV increases the risk of obesity so strongly in children of this age compared to other sedentary activities.

Meanwhile, an older study found that more fidgety adults resisted weight gain when overfed compared to less fidgety individuals. Taken together, this evidence suggests that differences in the tendency to fidget might partly explain why some people are more susceptible to obesity than others.

It is now well established that prolonged periods of sitting are harmful to health, and it is possible that fidgeting might reduce the harms of sitting. A study of more than 12,000 adult women in the United Kingdom found, as expected, that the amount of time spent sitting per day predicted the risk of premature death over the subsequent 12 years.

At the start of the study, the women had been asked to self-rate their tendency to fidget on a scale of 1 (no fidgeting) to 10 (constant fidgeting). In the most fidgety third, the risks of premature death from sitting were substantially reduced compared to the least fidgety third.

Why fidgeting seemed to reduce premature mortality was not explored in that study. However, a more recent laboratory-based study in adults found that the harmful effects of prolonged sitting on blood vessels in the legs (such as reduced blood flow) could be mitigated by asking the study participants to fidget by moving their legs while sitting. Fidgety individuals may have some protection from cardiovascular disease compared to less fidgety individuals.

Fidgeting is not considered as being important to health at the moment, but the growing body of research suggests that it should be. The evidence might even lead to new (and much needed) approaches to preventing obesity and promoting cardiovascular health.

Such approaches might be particularly practical as they involve fairly small changes in how we live. Fidgeting or standing breaks during long periods of sitting in the classroom, or at home, far from being an annoying habit, could be precisely what we need.