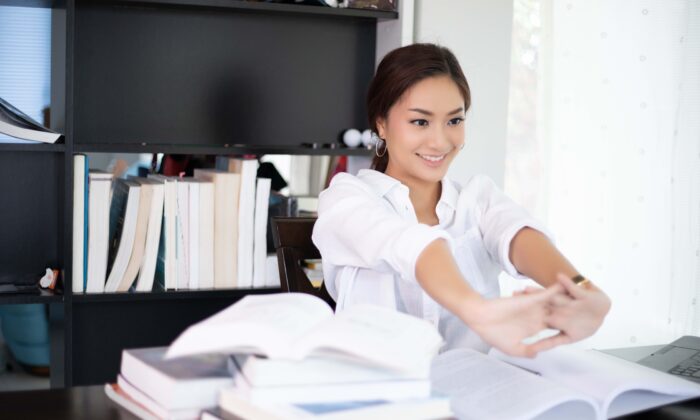 Feeling energized for your job often comes from a decision that the job helps fulfill your purpose for working—and that doesn't always mean money. (TuiPhotoEngineer/Shutterstock)
Mind & Body

Why Employees Become Motivated to Stay or Leave

Businesses hope that by investing to make employees satisfied, this will motivate them to stay in their jobs and remain productive. It’s feared that dissatisfied employees will become motivated to leave prematurely. Yet not all employees leave when faced with the same dissatisfactions and they still may leave after being made satisfied.

For example, Susanne and Brad were once coworkers who shared the same opinions of their department. Both were satisfied with their wages and benefits but dissatisfied with their boss and lack of advancement opportunities. Despite their shared opinions, Susanne felt motivated to stay while Brad eventually quit.

They each responded differently to the same stimulus. So there’s got to be more to their motivation than meets the eye. To help you understand why this occurs, let’s review the five common signs that your dissatisfactions are starting to wear on you.

For clues to what that employee problem is, read each of those bullet points again but this time, rephrase them as questions and respond (e.g., why has it become harder to get out of bed, why has it become difficult to tolerate others, etc.).

Since Brad was motivated to leave, his responses to those questions are likely to create more of the same symptoms related to the same problem. They might sound like this:

But since Susanne was motivated to stay, her responses to these same questions are less likely to create more of the same symptoms. They might sound like this:

Do you see Brad’s problem that led to his motivation to quit? He was allowing himself to think negatively about his work experiences. Susanne avoided that problem by choosing to think non-negatively about the same experiences. This enabled her to self-motivate the decision to stay and cope with her dissatisfactions.

It’s a psychological fact that people are self-motivated by emotions that were created by their thoughts. This helps us understand how employees can be motivated to behave differently in response to the same stimulus. An employee’s motivation to manage their career isn’t the quality of their work conditions per se, but what they choose to think about those conditions.

This raises another important question. What were these two employees thinking about their work that motivated one to think negatively and the other to think non-negatively? They each had different motives.

More than likely, Susanne was thinking there was something about her job that was worth fighting for. This thought created an emotion that motivated her decision to think non-negatively so to keep the job she wanted. Brad must have thought that his job wasn’t worth fighting for. This created the opposite emotion that motivated his decision to leave a job he no longer wanted.

Now we come to the final question. Which emotion and its opposite were responsible for motivating Susanne and Brad’s different career choices?

One of the most powerful but overlooked emotions that employees rely on to manage their careers is contentment and its opposite, discontentment. For example:

Career contentment was created when Susanne thought her job was meaningful to the fulfillment of her authentic purposes for working, which may have been to support her family, or develop certain skills and experience. This emotion supplied her motivation to stay in the job she wanted and cope with the dissatisfactions. Susanne had career contentment without job satisfaction.

These bullet points illustrate how an employee’s thoughts can motivate how they manage their career, without regard to whether businesses make them satisfied or not.

Jeff Garton is a Milwaukee-based author, certified career coach, and former HR executive and training provider. He holds a master’s degree in organizational communication and public personnel administration. He is the originator of the concept and instruction of career contentment. Twitter: @ccgarton