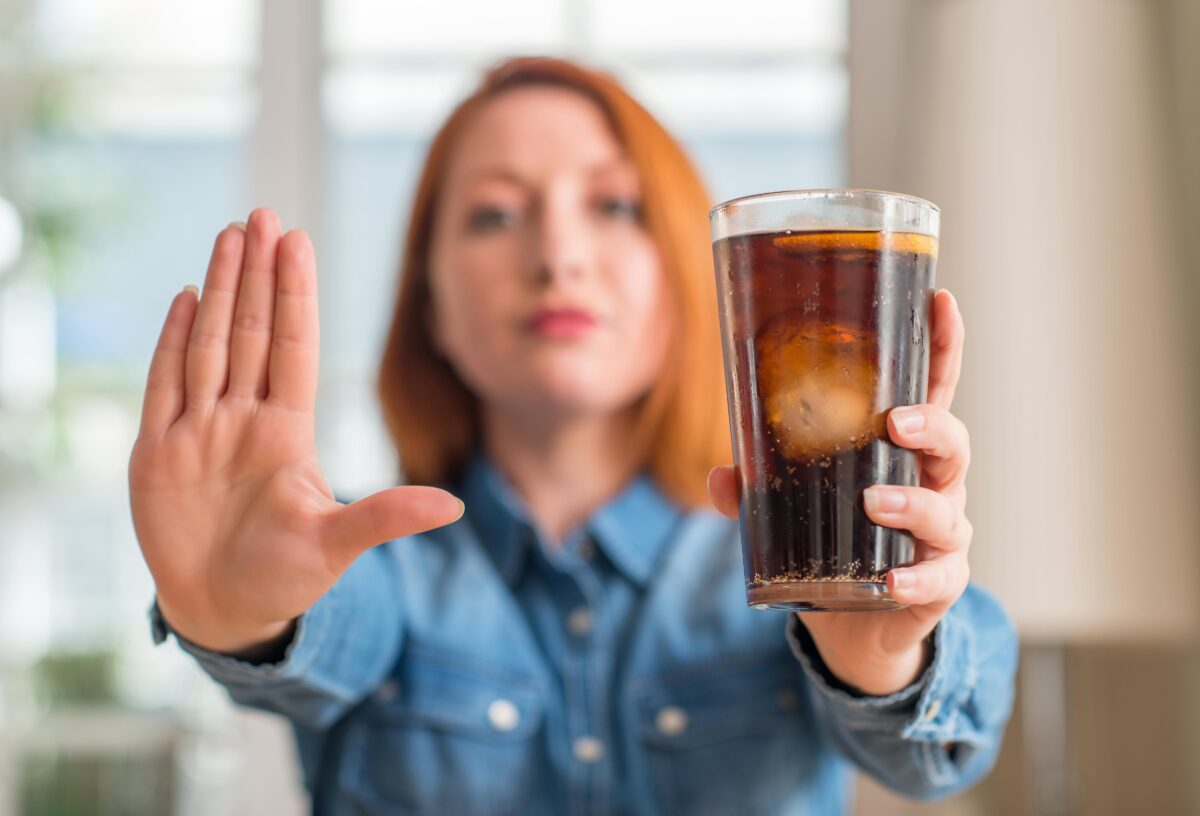 That diet soda isn't going to satisfy your sweet tooth. In fact, research indicates it will make it worse. (Krakenimages.com/Shutterstock)
Sugar

Your tongue might be fooled, but your body and brain pay a price for sweet cravings
BY Michael Greger TIMEJanuary 27, 2020 PRINT

Why is the American Heart Association so concerned about sugar?

“Overconsumption of added sugars has long been associated with an increased risk of cardiovascular disease,” warns researcher Laura A. Schmidt in a study published in JAMA Internal Medicine.

We used to think added sugars were just a marker for an unhealthy diet. At fast-food restaurants, for example, people may be more likely to order a cheeseburger with their super-sized soda than a salad. However, the new thinking is that the added sugars in processed foods and drinks may be independent risk factors in and of themselves. Indeed, worse than just empty calories, they may be disease-promoting calories.

The data show that only about 1 percent of Americans meet the American Heart Association recommendation to keep added sugar intake down to 5 or 6 percent of daily caloric intake. Most people are up around 15 percent, which is where cardiovascular disease risk starts to take off. There is a doubling of risk at about 25 percent of calories and a quadrupling of risk for those getting one-third of their daily caloric intake from added sugar.

Two hundred years ago, we ate an estimated seven pounds of sugar annually. According to the Diabetes Council, that figure rose to 17.5 pounds by 1915. As of today, Americans consume around 66 pounds of added sugar, which doesn’t include naturally occurring sugars in fruit and milk.

We’re hardwired to like sweet foods because we have always been surrounded by fruit, not Froot Loops, but this adaptation has been hijacked by the food industry for our pleasure and their profits.

“Why are we consuming so much sugar despite knowing too much can harm us?” asks a 2015 study published in JAMA Internal Medicine. Yes, it may have an addictive quality and there’s the hardwiring, but the processed food industry isn’t helping. Seventy-five percent of packaged foods and beverages in the United States contain added sweeteners, mostly coming from sugar-sweetened beverages like soda, which are thought responsible for more than 100,000 deaths worldwide and millions of years of healthy life lost.

Can we switch to diet sodas? Unfortunately, no.

Artificial Sweeteners Versus the Brain

“Routine consumption of diet soft drinks is linked to increases in the same risks that many seek to avoid by using artificial sweeteners—namely type 2 diabetes, metabolic syndrome heart disease, and stroke,”  warns Susan E. Swithers in her 2015 study, “Not so Sweet Revenge: Unanticipated Consequences of High-Intensity Sweeteners.”

“In other words, the belief that artificially sweetened diet beverages reduce long-term health risks is not supported by scientific evidence, and instead, scientific data indicate that diet soft drink consumption may contribute to the very health risks people have been seeking to avoid,” writes Swithers.

It’s possible that the caramel coloring in brown sodas like colas plays a role, but another possibility is that “artificial sweeteners may increase the desire for sugar-sweetened, energy-dense beverages/foods,” finds a 2014 study published in the Journal of General Internal Medicine.

The problem with artificial sweeteners “is that a disconnect ultimately develops between the amount of sweetness the brain tastes and how much glucose [blood sugar] ends up coming to the brain,” writes influential cell biologist Lewis Cantley in a 2013 study.  The brain feels cheated and “figures you have to eat more and more and more sweetness in order to get any calories out of it.”

“As a consequence, at the end of the day, your brain says, ‘OK, at some point I need some glucose [blood sugar] here.’ And then you eat an entire cake because nobody can hold out in the end,” he writes.

How strangely fake sweeteners affected eating habits was explored in a 2014 study by the Department of Psychology at Texas Christian University.

If people are given Sprite, Sprite Zero (a zero-calorie soda), or unsweetened, carbonated, lemon-lime water, but aren’t told which drink they’re getting or what the study is about, when they’re later offered a choice of M&M’s, spring water, or sugar-free gum, who do you think picks the M&M’s? Those who drank the artificially sweetened soda were nearly three times more likely to take the candy than those who consumed either the sugar-sweetened or unsweetened drinks.

So, it wasn’t a matter of sweet versus non-sweet or calories versus no-calories. There’s something about non-caloric sweeteners that somehow tricks the brain.

Just like addictive drugs, sugar isn’t something you can dabble in.

“The only way really to prevent this problem—to break the addiction—is to go completely cold turkey and go off all sweeteners—artificial as well as fructose. Eventually, the brain resets itself and you don’t crave it as much,” advises Cantley.

We’ve always assumed consuming sweetened foods, whether that be artificially sweetened or not, changes our palates, and research appears to back that up.

Carole Bartolotto, formerly with a major health care consortium in Southern California, did a study that had 20 people agree to cut out all added sugars and artificial sweeteners for two weeks. Afterward, 95 percent said sweet foods and drinks tasted “sweeter or too sweet.” They also said they would use less sugar or no sugar in the future.

What’s more, most stopped craving sugar within the first week—after only six days. This suggests a two-week sugar challenge, or even a one-week challenge, may “help to reset taste preferences and make consuming less or no sugar easier,” she writes. Perhaps, concludes Bartolotto, we should recommend it to our patients.

Dr. Michael Greger is a physician, New York Times bestselling author, and internationally recognized speaker on nutrition, food safety, and public health issues. A founding member and Fellow of the American College of Lifestyle Medicine, Dr. Greger is licensed as a general practitioner specializing in clinical nutrition. This article is re-published from NutritionFacts.org