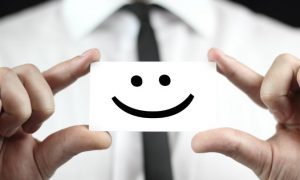 The ability to look on the bright side when times get tough—and, conversely, always expecting the worst—may be hardwired in the brain.

For the study, published in the Journal of Abnormal Psychology, 71 female participants were shown graphic images and asked to put a positive spin on them while their brain activity was recorded. Participants were shown a masked man holding a knife to a woman’s throat, for example, and told one potential outcome was the woman breaking free and escaping.

The participants were surveyed beforehand to establish who tended to think positively and who thought negatively or worried. The brain reading of the positive thinkers was much less active than that of the worriers during the experiment.

The study focused on women because they are twice as likely as men to suffer from anxiety-related problems. Previously reported sex differences in brain structure and function could have obscured the results, researchers say.

The findings have implications in the way negative thinkers approach difficult situations.

“You can’t just tell your friend to think positively or to not worry—that’s probably not going to help them,” he says. “So you need to take another tack and perhaps ask them to think about the problem in a different way, to use different strategies.”

Negative thinkers could also practice thinking positively, although Moser suspects it would take a lot of time and effort to even start to make a difference.

Researchers from the University of Michigan contributed to the study.