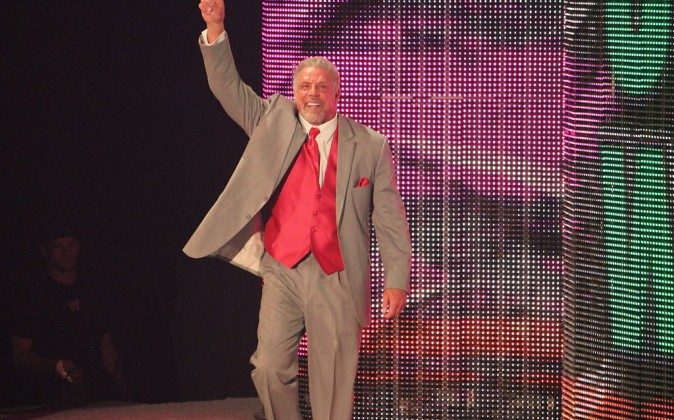 Why Did Ultimate Warrior Die at 54?

The Ultimate Warrior, one of the most famous professional wrestlers of all time, died of a heart attack at the very young age of 54 on April 8, 2014, just days after he was inducted into the World Wrestling Hall of Fame. He was walking to his car with his wife outside a hotel in Phoenix when he put his hand over his heart and fell on the ground. By the time that the ambulance reached the hospital, he was already dead. His autopsy showed that he died of a heart attack and that he had extensive arteriosclerotic plaques in the arteries throughout his body.

He was the only wrestler to hold the championship of both the World Wrestling Federation and the Intercontinental Championship. A clue to his young death is that when he started training for professional wrestling, his 6′ 2″ frame ballooned up to more than 275 pounds of muscle.

James Hellwig was born in 1959 in Crawfordsville, Indiana. He started lifting weights at age 11 but did not compete in sports. He moved to California and started competing in bodybuilding contests. In 1985 he joined a group to train for professional wrestling, earning not much more than $50 a night. He changed his legal name to Ultimate Warrior and joined the World Wrestling Federation (WWF) in 1987. He was known for his screaming ring entrances and his face paint. After defeating Hulk Hogan, he became a true wrestling star.

He married Shari Lynn Tyree and divorced her on March 22, 1991. He married Dana Viale on January 31, 1999 and they had two daughters, Indiana and Mattigan. Hellwig retired from professional wrestling on November 1992 and returned to the WWF in 1996. He retired for good in 1998 and became a motivational speaker.

Why Athletes Cheat With Steroids

In his book Sex, Lies and Headlocks, writer Shaun Assael states that the chemist who ran the WWF’s drug testing program caught Hellwig with a positive steroid test in 1992. That year the U.S. government prosecuted a physician from Pennsylvania for supplying steroids to professional wrestlers. At the trial, Hellwig told the court that he started taking the steroids testosterone and decadurabolin in 1984. He said that 85-90 percent of the wrestlers in the WWF had tried steroids at one time or another.

To make a muscle bigger and stronger, you have to damage it and when it heals it is stronger. Athletes train by taking a hard workout that damages their muscles and then taking easier workouts until the muscles heal, which can take several days. With steroids, the athlete recovers quickly and can do a hard workout often as early as the next day.

Racing a bicycle or running a marathon require great strength. In the 1976 Olympic marathon, Waldemar Cierpinski of East Germany beat defending (and drug-free) Olympic champion Frank Shorter of the United States. Today, Shorter has the list of the many drugs that Cierpinski took to cheat his way to an Olympic marathon championship. The list of drugs that most top East German athletes took became available when the East German government was disbanded. Lance Armstrong became the top bicycle racer in the world using a long list of many different drugs.

Steroids and Growth Hormones Can Damage Your Heart

Professional wrestlers and indeed, athletes in all sports that require strength are at increased risk for heart attacks, because of the steroids that many of them take and the huge amounts of foods that they eat. You can’t take steroids or growth hormones without suffering side effects. They cause plaques to form in your arteries to increase risk for heart attacks. They also weaken the left ventricle, the main pumping chamber of the heart (Circulation, April 27, 2010;3:472-476), and enlarge the left ventricle to cause irregular heartbeats and sudden death (Heart, May 2004;90(5):473–475). They stimulate sympathetic nerves leading to the heart to delay heart muscle recovery from exercise, delay the heart from slowing down after exercise, and reduce the flow of blood to heart muscles (Int J Sports Med, 2013 Oct;34(10):931-5). Synthetic male hormones also lower blood levels of the good HDL cholesterol and increase levels of the bad LDL cholesterol.

Who Would Take These Risks?

In 1967, before a road race in Washington DC, I handed out a form to competitive runners with one question: “If I could give you a pill that would make you an Olympic champion but could kill you in a year — would you take it?” Of the approximately 100 athletes who returned the questionnaire, more than half responded that they would take the pill.

It is impressive how big athletes today are. Today’s strength athletes are larger and stronger than the best players of the 1930s to 1970s. Babe Ruth, arguably the greatest hitter who ever lived, had relatively small muscles compared to the average player today. The best baseball players in the world 30 years ago probably would not even make the major league teams because they were too small and too weak. When I was in high school in the early 1950s, a 155 pound person could be a starting tackle on the football team. Today the starting high school tackle is likely to weigh more than 220 pounds.

Baseball player Ken Caminiti, the Most Valuable Player in the National League for 1996, died of an apparent heart attack in 2004 at age 41. He was one of the first professional baseball players to admit using steroids. In 1988, 38-year old Florence Griffith-Joyner (“FloJo”) suffocated after suffering a seizure. The three-time gold medalist track star was rumored to have taken male hormones, although this has never been proven. She holds world records that I think will never be broken unless a woman takes steroids. She still holds world records she set in 1988 for the 100 and 200 meters. From the 100 to the 1500 meters (except the 400 meter hurdles), no women’s track and field world record has been broken since 1993, when testing for male hormones became more sophisticated.

Anabolic steroids help you recover faster so you can lift heavy weights more often. They make you stronger and a better athlete, but steroids also increase your risk for heart attacks, liver damage, shrunken testicles, infertility, bizarre behavior and injuries that never heal. Is it worth the risks? Many athletes who have taken steroids will say yes.