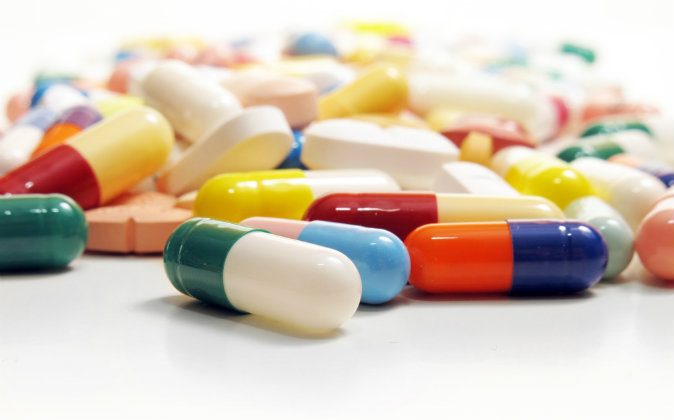 It’s supposedly getting easier for innovative drugs for rare diseases like Duchenne muscular dystrophy to reach the market. So why is hesitancy still proving devastating to desperate families?

Had it begun five years earlier, Leo Le Gal’s story would have followed a depressingly familiar pattern. Aged somewhere between 8 and 11, Leo would lose the ability to walk and go into a wheelchair. In his teens, he’d progressively lose the use of his arms and with them, his independence. And eventually, some time between the ages of 21 and 30, his heart and lungs would give out, causing him to suffocate. But today there is a tantalising hope.

Leo’s parents, Ruth and Damien, got him onto a clinical trial for a drug that promises a reprieve. It’s one of three drugs that are trying a totally new approach: directly treating the genetic problem that causes his disease, Duchenne muscular dystrophy (DMD), rather than simply treating its symptoms. Trials like Leo’s have sent parents scrambling to get their sons on them and have brought the drugs to the threshold of widespread availability. Yet if he weren’t already involved, the drug would probably remain out of reach for him, as it is for most of the 250,000 boys with DMD worldwide.

Leo’s condition occurs because he’s a boy. As a woman, his mother has two X chromosomes, but one has a flaw in the gene carrying instructions for making a protein called dystrophin. Dystrophin sits inside muscle fibre cells and normally helps to hold them together, but the gene for its creation is one of the longest we have and is therefore susceptible to random mutations.

As a boy, Leo inherits one of Ruth’s X chromosomes and pairs it with his father Damien’s Y chromosome. Ruth – with her two X chromosomes ­– is unaffected by her faulty dystrophin gene because she has a spare; Leo, who has inherited the flawed gene, has no backup. This pattern means that usually only boys have DMD.

The long dystrophin gene makes a large, complex protein that would be unable to get into muscle fibre cells from the outside, meaning the protein itself can’t be a treatment. Instead, steroids have long been the main therapy, boosting what muscle remains and providing better breathing and a healthier heart. But steroids come with a long list of side-effects, making them despised by the Le Gals and other DMD families.

The most obvious side-effect is a round-shaped face, caused by a build-up of the hormone cortisol that encourages fat deposits there and elsewhere throughout the body. The other side-effects include osteoporosis, which gives boys extremely weak bones, and cataracts. In addition, steroid treatment only slows the progressive muscle wasting. When their breathing muscles get too weak, boys with DMD go on ventilation machines, which can add at least ten years to their lives.

By the time Leo’s DMD was confirmed in 2011, the New Jersey-based company PTC Therapeutics had already been testing a drug treatment in boys for nearly six years. When testing whether DMD drugs work, the most important measurement is currently how far recipients can walk in six minutes. In one trial, conducted between February 2008 and December 2009, boys given one dosage for 48 weeks could walk 31 metres further on average than others who’d been on an inactive placebo for the same time. “In the patients who were walking less than 350 m, we saw a greater than 68 m difference in change in distance walked versus placebo,” says the CEO of PTC, Stuart Peltz. “That is one of the largest changes ever seen in the six-minute walk test in a clinical trial.”

Yet these results were at first considered a failure. They hadn’t passed the ‘statistical significance’ test used to ensure apparent drug effects aren’t chance improvements. Government regulators like the European Medical Agency (EMA) and US Food and Drug Administration (FDA) normally demand statistically significant results before they allow drugs to be sold. Consequently, the boys on the trial had to stop treatment, sending shockwaves through the patient community via the internet. “It was a desperate situation for parents because their children had seen a benefit, and then it had been stopped,” Ruth recalls. PTC also paid a price soon after, losing its DMD partnership with a larger drug firm, Genzyme, in September 2011.

But PTC didn’t give up. In June 2012, it once again began giving its drug to people who had been on the 2008/09 trial. The boys got continued access to the therapy, while the company would get long-term data to help clear up previous safety concerns. Keenly watching PTC’s progress, Ruth and Damien heard that the company had another, larger, trial planned, but to get on it Leo – then aged seven – had to be able to walk 150 m.

Given that they live in southwest England, they might have enrolled Leo onto the arm that was due to start in London in December 2013. However, they knew that if they waited until December he’d never make it. Instead they pushed to get Leo onto an arm conducted in Boston, Massachusetts, starting in August.

In Boston, Ruth and Damien sat outside the room in which Leo was being tested. “That was very nerve-wracking,” Ruth tells me, with Leo sat behind her, brandishing a raygun made from old plastic milk bottles. “We said to Leo, very clearly, ‘Just do as much as you can, and if you can’t do it, don’t worry – mummy and daddy will find a different way to get you the medicine.’ Then we sat in the corridor, just praying that he was going to do it.”

Thankfully, Leo was just able to walk his 150 m and got accepted onto the trial. Since then he’s been taking his medicine as vanilla-flavoured powder mixed with milk and water three times a day, flying to Boston every eight weeks so the scientists can check his progress.

To make proteins like dystrophin, our bodies rely on machinery that assembles them from amino acid building blocks. That machinery carefully follows a set of genetic instructions, adding block after block until the protein is complete. DMD mutations are therefore like a misprint in the middle of the instructions. Leo’s nonsense mutation, which he shares with around one in eight DMD boys, switches an instruction to add another block for one that simply says ‘stop’. That leaves him with an incomplete and ineffective protein that quickly breaks down.

PTC’s drug is designed to tell the protein-building machinery to carry on past the nonsense stop message to make a full-length, functional protein. “Dystrophin restoration on its own does not increase muscle strength or mass,” says Peltz. “You have to increase muscle fibres to do that. When kids are five or six years old, they still have a significant amount of stem cells, a lot of capability to regenerate muscle. Add dystrophin and that’s how at that early age you’re probably capable of seeing some increase in strength.”

Despite its earlier setback, PTC persuaded the EMA to consider granting approval based on data from the same ‘failed’ trial. At first, the outcome was also disappointing: in January 2014 the EMA turned PTC’s application down. But, after PTC asked it to reconsider, just four months later it recommended conditional approval (a one-year, renewable licence allowing a company to market a new drug while further studies continue), on the grounds that “the benefits…outweigh its risks”. Boys in Europe are beginning to get the drugs through normal routes, on the condition that the results of the trial that Leo is now on make the case for it stronger.

There are further constraints: it’s only for boys above the age of five, and only those who can still walk. If that becomes the only group in the UK able to get it, it will mean more agonising delays for the Le Gals, because Leo is unlikely to be eligible – he’s now nine years old and has reached the point where he can only take a few steps, with help.

“We’ve seen quite a lot of deterioration in his walking, so we believe he’s getting a placebo,” says Ruth. “For us it’s very hard because this medication has been sitting on the shelf since the day he was diagnosed. And that just makes us want to scream.”

Three long biopsy scars on his bicep, a coin-sized infusion port implanted beneath the skin in his chest, and more air miles than most 12-year-olds: this is part of the price Max Leclaire has paid for halting and seemingly reversing the deadly creep of DMD through his body.

“After about 16 weeks he started getting better, and that made everything that we were doing completely worth it,” says Max’s mother, Jenn McNary. Moon-faced and shy, Max walks in on our Skype call, politely says a few words, and walks off again. “He is no longer using a wheelchair at all. He’s just started learning how to pedal a bicycle, although I’m very careful about him getting hurt.”

Max is missing a chunk of DNA, known as an exon, containing some of the instructions for dystrophin. Our protein-building machinery can just carry on if whole steps are missing; this makes the short but partly functional dystrophin seen in Becker’s muscular dystrophy, a milder form than DMD. But the deletions in boys with DMD leave behind part of a step, which confuses the process and halts it altogether. There are 79 exons on the dystrophin gene, and Max’s deletion is in number 52. One in five of all DMD boys have a deletion in this area, near exon 51.