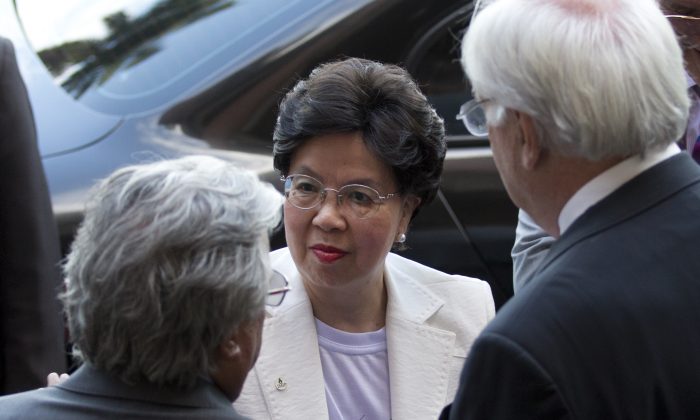 RIO DE JANEIRO—The head of the World Health Organization said Wednesday that she has been impressed by the Brazilian government’s handling of the Zika virus outbreak.

Speaking at a news conference, Dr. Margaret Chan praised the government’s commitment to tackling the disease, its transparency and its willingness to collaborate at both national and international levels. But she also warned that the situation could get worse before it gets better.

Chan’s comments came at the end of a two-day visit to Brazil during which she met with President Dilma Rousseff and senior Cabinet ministers to discuss the government’s strategy for handling the Zika outbreak.

Earlier in the day, Chan visited a hospital and clinical research center in Recife, a city at the epicenter of the Zika surge, which Brazilian researchers suspect is linked to an apparent increase in a rare birth defect.

In response to a question over the link between Zika and microcephaly, which causes babies to be born with unusually small heads and brain damage, Chan said the evidence in Brazil pointed to the disease as a possible cause.

Chan also said the government and the International Olympic Committee are working to ensure the safety of spectators and athletes at the Olympic Games, which will be held in Rio in August. She added that Brazilian scientists told her the mosquito population is much lower at that time of year.

Asked whether she agreed with the advice given in some Latin American countries for women to consider delaying pregnancy, Chan said she thinks it is important for governments to set out all available information so people can make informed decisions.

CDC: 14 More US Reports of Possible Zika Spread Through Sex