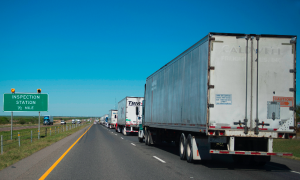 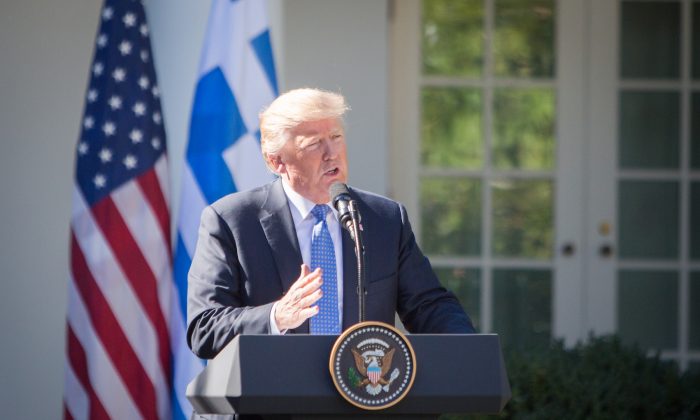 President Donald Trump at a press conference with Greek Prime Minister Alexis Tsipras, in the Rose Garden of the White House on Oct. 17, 2017. (Benjamin Chasteen/The Epoch Times)
US News

A block placed by a Hawaii federal judge on a presidential proclamation limiting travel from eight countries with security risks, is undercutting the president’s ability to keep the country safe, the White House said in a statement.

Judge Derrick Watson blocked the revised version of the so-called travel ban just hours before it was set to take effect on Oct. 18.

The presidential proclamation which was issued on Sept. 24 places limits on citizens from eight countries traveling to the United States.

Almost all citizens of Chad, Iran, Libya, North Korea, Syria, Somalia, and Yemen would be banned indefinitely from entering the United States as of Oct. 18. Some Venezuelan citizens will be restricted, and Iraq citizens will not be subject to restrictions, but will face heightened scrutiny.

The new rules do not apply to legal permanent residents of the United States, and visas already issued to citizens from those countries will not be revoked. Once the nonimmigrant visas expire, however, they will be subject to the new restrictions.

The White House said that the decision to restrict travel on the countries came after an extensive review by the Secretary of Homeland Security and other cabinet members.

“These restrictions are vital to ensuring that foreign nations comply with the minimum security standards required for the integrity of our immigration system and the security of our Nation,” the White House statement said.

The White House said the Justice Department will defend the travel restrictions.

Earlier this month the Supreme Court decided not to take action on a different challenge from the state of Hawaii on an earlier version of the travel ban. That ban is set to expire on Oct. 24.

The Supreme Court also dismissed another case originating in Maryland. The Justice Department had requested the case be dismissed because the ban in question had been replaced already by an updated one.

The Department of Homeland Security (DHS) reviewed almost 200 countries between March and July to identify those that needed to provide more information with visa applications to satisfy U.S. authorities that the individual is not a security or public-safety threat.

Other criteria include whether the country is a known or potential terrorist safe haven; whether it is a participant in the Visa Waiver Program; and whether it regularly fails to receive its nationals who are subject to orders of removal from the United States.

“Those engagements yielded significant improvements in many countries,” the proclamation states. “Twenty-nine countries, for example, provided travel document exemplars for use by Department of Homeland Security officials to combat fraud. Eleven countries agreed to share information on known or suspected terrorists.”

Charlotte Cuthbertson contributed to this report