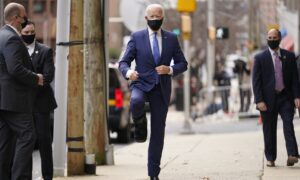 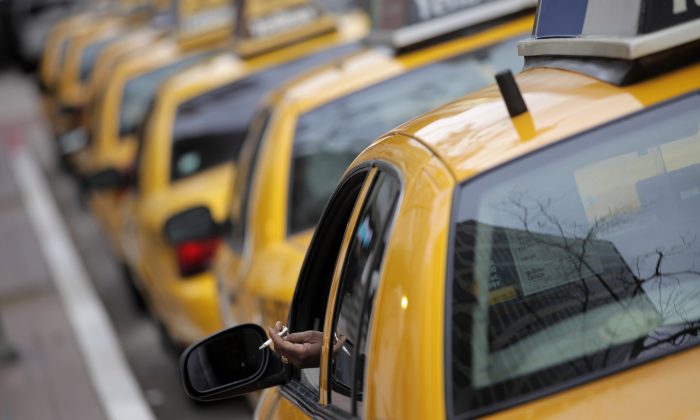 FILE - In this Feb. 16, 2011 file photo, a taxi driver smokes a cigarette in his cab while waiting to pick up a fare in downtown Los Angeles. The killings in Kalamazoo, Michigan, raised anew a question that has dogged Uber and other taxi competitors. Their rides may be cheaper and more conveniently hailed than a cab, but the question is are they as safe. (AP Photo/Jae C. Hong,File)
US

Which Is Safer: Uber or a Taxi? There’s No Clear Answer

LOS ANGELES— The deadly shooting rampage in Kalamazoo, Michigan, raises anew a question that has dogged Uber and other taxi competitors: Their rides may be cheaper and more convenient than a cab, but are they as safe?

It’s not just whether Uber’s part-time drivers are better (or worse) behind the wheel. It’s whether passengers are more likely to be assaulted, kidnapped or raped by an Uber driver than a cabbie.

The answer is that there seems to be no reliable answer. Police and transportation authorities around the U.S. say they know of no rigorous comparison of cabbies and Uber drivers.

The taxi industry, facing an existential threat from Uber, has highlighted a series of incidents as evidence that an Uber trip is a gamble passengers should not take. Then again, taxi drivers have assaulted customers, too.

If any place might have analyzed which is safer, how about San Francisco, where Uber was launched more than five years ago and keeps its headquarters?

Police there can’t say because they don’t keep crime data in a way that would answer the safety question. Local transportation regulators don’t know, either. Nor does San Francisco’s district attorney, though his office is spearheading a lawsuit that alleges Uber misled passengers into believing its driver background checks are the most comprehensive available.

“We haven’t done a comparison because that is not what the case is about,” said Max Szabo, a spokesman for San Francisco prosecutors.

The debate over safety has come amid rapid growth by Uber and other app-based ride-sharing services such as Lyft, and it flared after the arrest of Uber driver Jason Dalton last weekend in the killings of six people in the Kalamazoo area.

Asked which is safer, Uber’s own head of safety public policy did not answer directly.

Instead, Dorothy Chou said Uber is enlisting technology “to predict and prevent incidents from happening.” She pointed out that the app lets passengers share their location and requires feedback on drivers after every trip. Uber is starting to use its drivers’ phones to track hard braking and other dangerous driving, she said, as well as whether a driver is holding a phone.

“As long as we keep innovating … eventually it will definitely be safer to take a ride-sharing vehicle,” Chou said.

While there is no definitive answer to the safety question, there are some clues.

This is where taxi advocates hit Uber hardest, saying that Uber’s checks fail because they do not include fingerprinting of would-be drivers. Many law enforcement experts say a fingerprint search is the most comprehensive way to check someone’s background, and taxi regulators typically require one.

Uber counters that fingerprint checks are imperfect and that its background check process — which it says includes searches of motor vehicle department files and several criminal databases going back seven years — is excellent. But Uber can no longer claim its methods are “industry-leading.” Uber agreed to pay $28.5 million to settle a lawsuit (not the one filed by San Francisco) that alleged such safety claims were false. As part of the settlement, Uber’s “safe ride fee” will become a “booking fee.”

Each side can point to troubling findings about the other.

In their lawsuit, San Francisco prosecutors detailed how police there and in Los Angeles found 25 Uber drivers who had serious criminal histories that were not flagged during the background check or may have been disregarded by Uber.

Uber says that in 2014, at least 600 active taxi drivers who also applied to Uber in San Diego, Los Angeles and San Francisco failed its background check for problems such as violent crimes.

The national Taxicab, Limousine & Paratransit Association has a website listing news reports of assaults, rapes and other violence against passengers or pedestrians by Uber or Lyft drivers as part of a campaign it calls “Who’s Driving You?”

Though Uber has not replied with a website in kind, there are plenty of stories of taxi drivers committing violent crimes.

Anecdotes can be evidence; they are not proof. Data that could be used to break down on-the-job crime rates of taxi and Uber drivers may exist, but no one has done that analysis, at least not publicly. Doing it rigorously would be hard.

Amid a fight over whether Uber drivers should be required to submit to fingerprint checks, Austin, Texas, has released some information. According to a document compiled by the city, in 2015 Uber drivers allegedly were involved in 13 sexual assaults and one rape; taxi drivers, five; and Lyft drivers, six. One sexual assault was listed as Uber or Lyft.

But those numbers lack essential context, such as how many miles, trips or hours on the job cabbies log versus Uber drivers. Without that information, it’s impossible to tell whether a passenger is more at risk with one or the other.