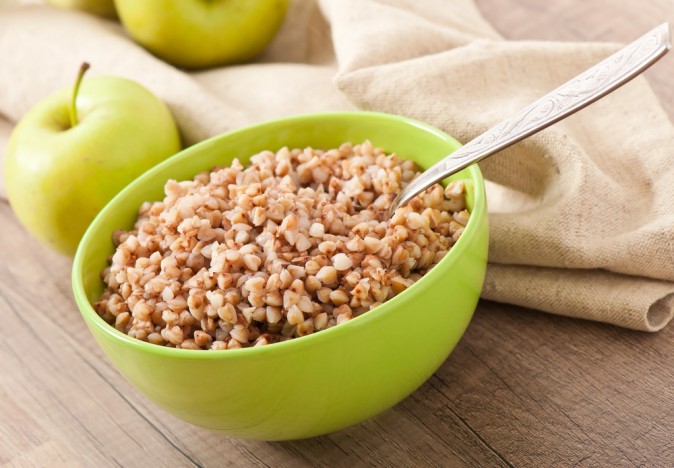 Which Cleanse is Right for Me? – Part 1

We are living in a time with more access to information about cleansing and detoxification than ever before. From healing practices of traditional cultures to the cutting-edge science of supplementation and functional medicine, we are awash in different protocols and programs.

But many questions remain. How do these programs differ? What’s the difference between a juice cleanse and the Clean Cleanse? What about using raw food as a cleanse or doing the “master” cleanse?

Over the next two weeks, I will give you a way to think about these different programs, their strengths and weaknesses and help you decide if these options are a good fit for you.

Today, I want to build our understanding by sharing what actually happens in the body during a cleanse and what a good cleanse needs to work effectively.

What Does a Cleansing Program do?

Cleansing and detox programs accelerate and enhance the removal of toxins. That may seem obvious. But there is more to it than meets the eye. Let’s start by thinking of detoxification as a two-step process.

First the toxins are released from the cells and tissues and then the body neutralizes them and ushers them out of the body.

But here is something to keep in mind.

When a cleansing program accelerates the release of toxins, this doesn’t mean that the second part of the process, the neutralization of the toxins, speeds up to match.

That’s why a successful and safe detox program requires that the two processes take place in a balanced way. Knowledge and experience are needed to equalize them, to avoid discomfort and even damage.

This balancing of release and neutralization is what distinguishes the different styles of detox programs from each other.

So let’s take a closer look at this balancing act, the two-step process that is the essence of cleansing.

A detoxification program is designed to trigger the release of toxins more intensely than normal, principally by reducing the workload of the digestive tract.

If digestion is stopped long enough and frequently enough, the signal to detox gets switched on more often and turned to “high.” This initiates the release of accumulated toxins and the mucus that coats them.

But it’s only the beginning.

Once the toxins are set free from the tissues they’ve been lodged in, they are free to circulate in the blood.

Though toxins are harmful sitting in your tissues, they can cause even more harm if released en masse and not neutralized and expelled from the body. It’s like liberating hundreds of prisoners into the city streets with no program of rehabilitation for them.

That’s why we need to make sure that the program we are doing helps to not only release toxins but neutralize and disarm them as well.

This brings us to the second step of the cleansing and detoxification process.

Now that detox mode has been turned on, we have lots of toxins and mucus circulating in the blood. If these items remain there too long they can cause more damage than when they were sitting within the tissues. To deal with this potential threat, the body must neutralize and eliminate them.

This is why any good cleanse program has to take step two seriously. If it doesn’t the toxins can leave you feeling awful.

Let me walk you through some of the specific problems that can happen so you get a clear picture of the importance of structuring a cleanse properly.

All of the toxins that are released through detoxification contain free radicals. Free radicals are electrically-charged molecules that corrode tissues and damage cells on contact.

Different toxins interfere with different functions in the body, such as cell division and reproduction, hormone assembling and release, and receptor sensitivity. They even affect gene expression, altering the way our genes govern the inner workings of the body.

The third problem is that toxins, particularly the human-made ones, are fat lovers or lipophilic. If they circulate long enough without being neutralized, they will find fatty tissue to take root in. The brain, with its high percentage of fat, is a prime target. Neurological disturbances are, not surprisingly, a consequence of accumulated toxicity.

These problems can be alleviated by supporting the prime organ that disarms and neutralizes these toxins, the liver.

The Story of the Liver

For those of us who have tried to lose weight, we know that losing fat is not always easy. It’s the same thing for the detoxification process. The newly freed toxins that occurred in Step one must get transformed from fat-soluble molecules into water-soluble molecules, so they can be more easily excreted.

The central player in this part of the story is the liver.

The liver contains a group of enzymes that are designed specifically to cause the chemical reactions needed to neutralize toxins.

This process gets complex but let’s focus on the two basic steps called “Phase 1” and “Phase 2”.

The rush is now on to push it through to Phase 2 of liver detoxification.

In Phase 2, the toxic compound is transformed into a water-soluble product that can be thrown back into blood circulation and passed through to the kidneys. You will eventually urinate it out and with this act of elimination, the detoxification journey is completed.

This is an incredible process that is going on all the time but gets ramped up when we cleanse. Under the added burden of more toxins, the liver needs additional support during a cleanse to make sure it has what it needs to perform this vital function.

What Does the Liver Need?

This essential liver work has some important requirements. It requires energy, a steady supply of antioxidants (to neutralize the free radicals), and an array of other minerals, vitamins, and nutrients (to feed the chemical reactions of Phases 1 and 2). But first and foremost the liver requires protein.

If all these things are available, detoxification occurs safely. The transition between Phase 1 and Phase 2 happens so quickly that the intermediate compounds don’t spill out.

But if the liver doesn’t get this support, Phase 2 is compromised.

The partly transformed toxins spill out of the liver and return to circulate in the blood. Then they travel back to the tissues and cells, where they cause damage. When this happens, a cascade of stresses on different systems can set in, which strains the body more.

This is what we want to keep from happening when doing a cleanse and why a good cleanse program must take into account these additional needs of the liver.

Knowing this, you can begin to see why fasting on its own, even though it helps accelerate the release of toxins from tissues, might be harmful to your health. There are no nutrients coming in to help with the processing and neutralizing stage that must occur to remove the toxins from the body.

I’ve taken you through the 2-step process that happens in the body when we do a cleanse. We start with Step 1, release, and then move to Step 2, neutralization.

The important neutralization step happens in the liver where it needs supportive protein, antioxidants, vitamins, and minerals to do its job safely.

Balancing these two steps is what distinguishes the different styles of detox and cleanse programs from each other. Some programs might be great at Step 1, release, but not Step 2. Others may have lots of supportive nutrients to help Step 2 but take too long to release the toxins in Step 1.

Part 2: What’s the difference between the Clean Cleanse and a juice cleanse?

In Part 2 of this series, I’ll use this two-step framework to show you the differences between many of the major styles of detoxing we find today, such as water fasting, juice cleansing, and the Clean Cleanse. Then I’ll help you decide which one might be best for you based on your lifestyle.

This article was originally published on blog.cleanprogram.com

*Image of “buckwheat porridge” via Shutterstock