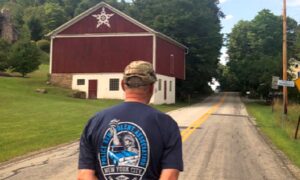 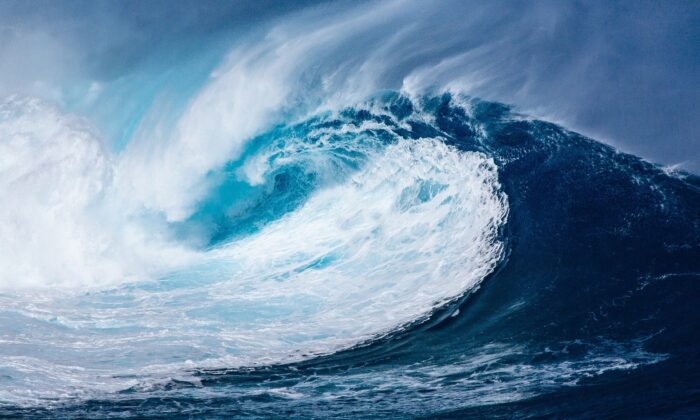 Where the Wave Begins

MIDLAND, Pennsylvania—For as much cash and strategy as partisans put into creating a wave for their own parties, they always seem to miss where the ripple starts and why.

Part of the reason they miss it is that they are in Washington and not in places such as this one.

Midland is a borough in Beaver County—an urban area that hugs the Ohio River. It boomed for 50 years during the peak of the Industrial Revolution, but it has lost population ever since the collapse of industry beginning in the 1970s. The racial breakdown, black to white, mirrors that of the entire state. Most of the people here want the same things people have always wanted here—opportunity for themselves and a good education for their children.

Since 2006, there have been five different members of Congress representing this Western Pennsylvania county; none of them left because they retired—they were all ousted in midterm-wave cycles.

In 2006, Republican Melissa Hart lost to Democrat Jason Altmire; he in turn lost to fellow Democrat Mark Critz when their seats were combined and Pennsylvania lost a House seat in a census year. Critz barely survived the 2010 midterm elections, only to lose in 2012 to Keith Rothfus, who in turn lost to Democrat Conor Lamb in the 2018 midterm elections. Lamb narrowly survived last year in a race against Republican newcomer Sean Parnell. Facing a redrawn or eliminated seat in 2022, Lamb opted not to run for the House again.

In each of these elections, voters were reacting to an overreaching party in power—to politicians doing other than what the voters sent them to Washington to do.

A wave election is often rooted in the reasons why voters gave the party in power that power in the first place. Those who win think it is because voters love them, and they have a mandate to do whatever they want. That is what power does to a lot of people.

But that is not in truth why they won. They don’t like you more, they just like the other guys less.

Uncertainty in the economy, as well as industry and technology, also plays a role.

Since they were sworn in, in January, Democrats have behaved as though voters gave them a mandate to do whatever they wanted. Except there was no mandate. In the House, where Speaker Nancy Pelosi bragged they would gain 20 new seats, they instead lost over a dozen, giving Pelosi a very narrow majority. They also underperformed in the Senate, resulting in a 50-50 tie for the vice president to break.

Democrats promised a return to normal. They promised kindness, compassion, and a better way. But voters in places such as Beaver County now see Biden’s persistent negligence that plagues his handling of the pandemic, the border, Afghanistan, inflation, and crime, along with his threats of mandates.

Every time he is challenged, he blames Trump or hints that anyone opposed to him must have invaded the Capitol on Jan. 6.

Everything voters touch in their lives has the stain of politics on its sleeve; this is not what they bargained for—not working-class voters, not suburban voters, not middle-class voters.

People in places such as Beaver County will matter in the 2022 midterm elections. Most Washington reporters focus on the feelings of the new coalition of the ascendant, whose lefty sentiments are reflected among the cultural curators that run our academic institutions, corporations, sports organizations, and the entertainment industry. They forget that just because someone has the loudest voice does not mean they will carry the next majority over the threshold.