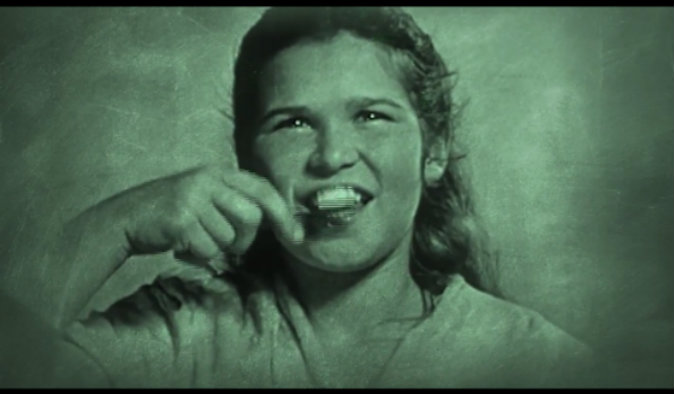 What’s the Deal With Oil Pulling?

A family claims to have healed their cavities by the method of oil pulling, the practice of swishing oil in one’s mouth for minutes at a time so as to allegedly pull toxins out of the body, which is not without some controversy.

Writing on the Family Health Freedom Network, an unknown author claims they “haven’t used toothpaste in over a year.” The person claims to have reduced their plaque “and made my teeth stronger. Within a month, all sensitivity I’d been experiencing in my lower molars was gone.”

The person said they put oil in their mouth for 15-20 minutes at a time.

Her husband then started the method. She posted photos that claim to show his tooth was healed. “Within 3 days, he said the pain was gone. And a month later, after oil pulling 5-6 times a week, I looked in his mouth, and his tooth was—are you ready for this? White. White with a bit of yellow, but the black and green and brown were all gone, and the surface of the tooth was smoothing out instead of being pitted.”

Basically, oil pulling involves swishing about a tablespoon of oil in one’s mouth on an empty stomach for around 20 minutes. The origin of the practice is from ancient Ayurvedic medicine. Supposedly, the action will draw out toxins in your body and in your mouth, and some swear that it has improved their dental health.

“This oral therapy is a type of Ayurvedic medicine [a traditional Indian system] that dates back 3,000 years,” as Jessica T. Emery, DMD, the head of Sugar Fix Dental Loft in Chicago, tells WebMD. “It involves swishing approximately 1 tablespoon of oil—typically coconut, sesame, or sunflower oil—in your mouth for about 20 minutes and then spitting it out.”

The webiste, citing a few studies, says that the method helps against gingivitis, plaque, and bacteria that causes bad breath.

But, “Oil-pulling does not reverse the effects of tooth decay, and it’s important that patients are made aware of that,” she also wrote in an article on Dentistry IQ.

Emery recommends starting with 5 minutes at a time, using either coconut or sunflower oil, but she stipulates that oil pulling should not replace brushing and flossing.

“Most microorganisms inhabiting the mouth consist of a single cell,” Emery adds. “Cells are covered with a lipid, or fatty, membrane, which is the cell’s skin. When these cells come into contact with oil, a fat, they naturally adhere to each other.”

It’s worth noting that there is not much formal trial data on oil pulling, but Dr. Katey Yeowart, MBBS MPH, says coconut oil makes for a great mouthwash because it is rich in Vitamin E, which acts as an antioxidant. It also has anti-fungal and anti-bacterial properties.

The American Dental Association (ADA) also says that existing studies on the practice aren’t reliable, including a “misinterpretation of results due to small sample size, absence of negative controls, lack of demographic information and lack of blinding.” As a result, the ADA doesn’t recommend oil pulling as a supplementary oral hygiene practice or as a replacement for brushing and flossing.

Dr. Corbin Brady, a dentist in Iowa, told the site: “Our patients have asked about oil pulling, and I’ve seen many claims that it enhances oral health, whitens teeth, and even improves overall health and well-being.”

“While there may be a remote possibility of it being helpful as bacteria can’t utilize oils and fats, I haven’t seen any evidence or studies to demonstrate its effectiveness,” he added.

Brady stated that there are risks associated with replacing brushing and flossing with oil pulling.

“The oil won’t remove plaque or reduce bacteria enough to make a difference. You have to brush your teeth, mechanically removing plaque to protect your teeth,” he said.

Also, the problems with the practice are that it probably takes too much time each day, some people have reported stomach issues (like nausea and vomiting), contact dermatitis, and other side effects.

Some Ayurvedic experts warn there are negative side effects if improper technique is used, including dry mouth, excessive thirst, muscular stiffness, exhaustion,  and loss of sensation or taste in the mouth, according to CNN.