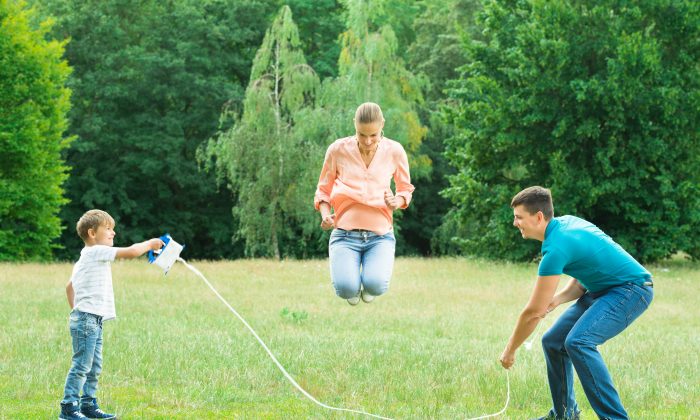 What We Should Know About Our Lymphatic System

When you hear the term “circulatory system,” what comes to mind?

Most of us think of the vascular system, the amazing array of arteries, veins, and capillaries through which the heart pumps 1,900 gallons’ worth of blood each day, in a circular loop. Few of us think of the other circulatory system, even though it’s twice as large as the vascular system and just as vital to our health. When this second circulatory system, the lymphatic system, is not working properly, our bodies cannot remove toxins, regulate the amount of fluid in our tissues, or fight viral, fungal, or bacterial diseases.

This second circulatory system, the lymphatic system, is just as vital to our health as the vascular system.

The lymphatic system is also the filtration system and the factory that matures and differentiates lymphocytes (white blood cells, which fight disease). It is a complex system that includes organs, nodes, and vessels that perform three primary functions:

Lymphatic vessels are found in all tissues of the body except for the central nervous system, the bone marrow, and tissues without blood vessels, such as cartilage.

When the heart pumps blood, the blood travels through arteries to arterioles (arterial capillaries), which connect to venules (capillaries of the veins). The blood then begins its journey back to the heart.

But the vascular system is not a closed system. When the blood reaches the capillaries, fluid is released from the thin-walled capillaries and flows into all of the tissues in the body. This fluid, called interstitial fluid, bathes the tissues with gases and nutrients as it washes over the cells.

Removal of cell waste is critical. If the waste is not removed, cells quickly die. If the lymphatic system is not working properly, interstitial fluid builds up in the tissues, proteins are not properly returned to the bloodstream, large particles such as bacteria are not removed—resulting in edema (swelling of the tissues, especially in the feet and hands).

The villi in the small intestines are tiny projections that facilitate absorption of nutrients from our food. Each villus contains capillaries from the venous system and the lymphatic system. While the nutrients are passed into the bloodstream, fats and fatty acids are absorbed by specialized lymphatic vessels. The lymphatic system carries the fats and fatty acids through its system until emptying them, along with lymphatic fluid, directly into the blood.

The lymph nodes, the spleen, and the thymus gland work together to defend the body from foreign invaders and pathogens.

Lymph nodes are encapsulated tissues situated in many parts of the body. These nodes receive blood plasma and check it for foreign invaders. If needed, the node creates lymphocytes, which enter the bloodstream to fight off the foreign cells. The nodes also filter and purify the lymph fluid so that the fluid is clean when it is returned to the bloodstream.

The spleen, which filters out dead blood cells from the blood, also contains lymph nodules. As blood is filtered through the spleen, any foreign invaders present will trigger a response from the lymph nodules.

Lymphocytes, which originate in the bone marrow, reach maturity and differentiation in the thymus gland. Many remain in the thymus gland, but others move throughout the lymphatic system, the peripheral tissues, and the blood. These are the cells that control immune reactions, combating viruses and cancer cells.

The appendix is also composed of lymphatic tissue. Though the organ does not appear to have a lymphatic function, we do finally understand its purpose. The appendix stores bacteria for the gut. If the gut bacteria is compromised, the appendix releases bacteria to begin the process of repopulation.

The lymphatic vessels have valves (much like vascular veins) to keep the fluid moving in the right direction. The lymphatic system doesn’t have a big pump like a heart to force fluid through the vessels. Instead, our bodies rely on our muscles to move the fluid. Our diaphragms and rib cage as well as the blood pumping through our bodies, do assist in this movement. But body movement and exercise is the primary method of moving lymph. A sedentary lifestyle decreases lymph flow by 94 percent.

Why Is It Important To Move Our Lymph?

Lymph contains lymphocytes (white blood cells, including T-cells, B-cells, and natural killer cells) that seek out and kill pathogens. As the fluid is filtered through the nodes, a concentration of lymphocytes clean up the fluid before it is returned to the blood.

If the fluid is backed up and not flowing properly, it becomes viscous. The flowing fluid can thicken until it becomes the consistency of cottage cheese. Fluids and waste is not properly drained from the cells, bacteria and other foreign invaders are not properly filtered and destroyed, and disease, including cancer, may result.

How to Assist the Lymphatic System

The major way to move lymph through the body is through movement of any kind. Walking, bending, stretching–any and all movement will assist with lymphatic movement. To really get it moving, bounce. Jump up and down, jump rope, or for the best result, bounce on a rebounder for 15 to 20 minutes a day.

The major way to move lymph through the body is through movement of any kind.

You will also benefit from massage, including self massage. This will assist with flow and move any viscous fluid through the system. Find a massage therapist who is certified in lymphatic massage.

Be sure to hydrate well with clean (preferably spring) water. Eat foods that stimulate the lymphatic system, like beets, berries, and cherries. A healthy diet with plenty of vegetables and fruit supports healthy lymphatic function, as well as general health.

So get off the couch, jump up and down, and eat the right foods to detox your lymphatic system. It’s the least you can do for a system that works so hard to protect you.