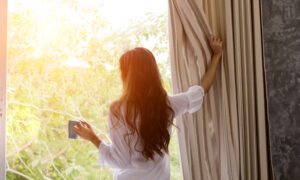 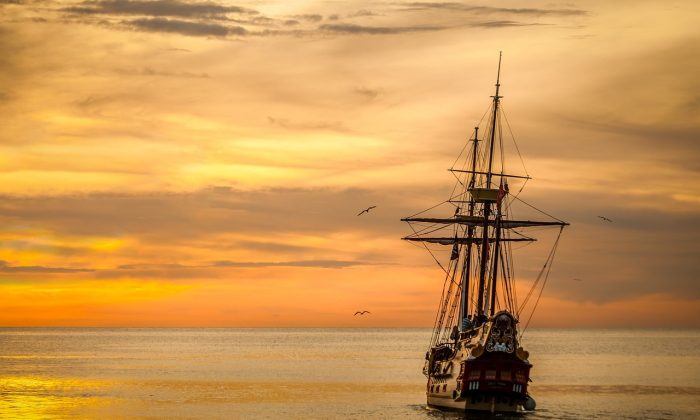 Introduction to the 24 Solar Terms
By Moreen Liao
biggersmaller
Print

In this series, Moreen Liao, an expert in Eastern and Western herbal therapies, shares ancient wisdom on how to better understand the ways in which seasons affect our well-being and what we can do to better adapt throughout the year.

The sun gives energy to all beings on earth, and the cosmic system revolving around it regulates our living patterns on a fundamental level. It creates day and night and the four seasons. On a small scale, it divides our time into hours, minutes, and seconds. Expanding, it weaves the tapestry of our lives.

According to the first complete medicinal book in Chinese history, “The Yellow Emperor’s Inner Classic (Huangdi Neijing),” written by scholars between 475 B.C. to 220 A.D., there are 365 acupuncture points on the meridians in the human body, mirroring the number of days in the solar year. The Inner Classic is the most important ancient text in traditional Chinese medicine, as well as a major book of Daoist theory and lifestyle.

Like an aircraft flying in the sky or a boat sailing across the ocean, working with the natural flow is easier than going against it.

Traditional Chinese culture and medicine is also based on living in harmony with the universe and the natural environment. The ancients developed a calendrical system based on the movement of the moon and in line with the seasons. It contains 24 solar periods, each called a solar term, lasting about 15 days each.

In the human body, we have 24 ribs, 24 spinal bones, and 24 joints for our four limbs, like a kind of mysterious body code. According to the Inner Classic, man is a microcosm that mirrors the larger macrocosm. The principles of yin and yang, the five elements, and the environmental factors of wind, dampness, heat, cold, and so on that are part of the macrocosm equally apply to the human microcosm.

The end of the solar year and the beginning of the new one is known as the Winter Solstice, as on this day, the daylight is the shortest in the year. After this day, sunlight consistently becomes stronger, and likewise, the yang energy inside our bodies begins to replenish.

Traditional Chinese medicine (TCM) theories believe there are meridian energy channels flowing inside our body that reflect the solar movements, and drive all functions and link all organs in the body. We are familiar with seeing the stars in the sky, but we can not see the pattern in which they move. Likewise, we may be able to locate and intuitively sense the existence of these energy points in our body when they’re pointed out, but we cannot see the patterns in our bodies.

One of the two parts of the Inner Classic, the “Lingshu Jing” (also known as Divine Pivot, Spiritual Pivot, or Numinous Pivot) explains how illness enters one’s body and how to treat and prevent disease. It posits that when the energy channels run smoothly, a person is considered healthy, both mentally and physically. When the energy channels are blocked, the body will experience sickness or dullness of function.

Ancient Buddhism describes the wheel of life as going from birth, to aging, to sickness, to death, and this applies to the life cycle of any creature. Some TCM practitioners believe our bodies go through a cycling pattern annually, and our 365 points open and close in correspondence to the rotation of the cosmos. If we can learn the basics of this ancient wisdom, living with nature instead of against it, we can make the best use of opportunities to improve our well-being with the least effort.

In the human body, we have 24 ribs, 24 spinal bones, and 24 joints for our four limbs, like a kind of mysterious body code.

Further, these points and properties also affect one’s personality and talents, according to the Inner Classic. A similar operating principle is found in astrology. People born in the same period are believed to share common qualities, although they are from different families, live in different places, and have completely different genes and bodily constitutions. From the time a person’s body grows inside the womb to the time they are born, there are also changes in the movements of stars and planets.

Could these show some correspondence to the points on the human body?

Some in Chinese medicine think so. Throughout their lives, those who are born around the same time are said to absorb the energy of certain stars, and these points and channels, the energy within each person, may show a similar pattern. These patterns may manifest in being good at sports, the arts, or logic, or in having qualities like kindness, patience, and weakness or strength in certain organs.

It is noted that around the Shang Dynasty, from about 1600 B.C. to 1046 B.C., ancient Chinese people established a calendar based on four major solar terms, which was later formalized and expanded to 24 solar terms in the Han Dynasty, from 202 B.C. to 220 A.D.

Over the course of the next 24 articles, we will learn about the characteristics of each season, and tips for how to best care for yourself during each solar term. The Inner Classic tells of a time when people who followed the course of nature lived an average of 100 to 120 years and were still very healthy and active. Like an aircraft flying in the sky or a boat sailing across the ocean, working with the natural flow is easier than going against it.