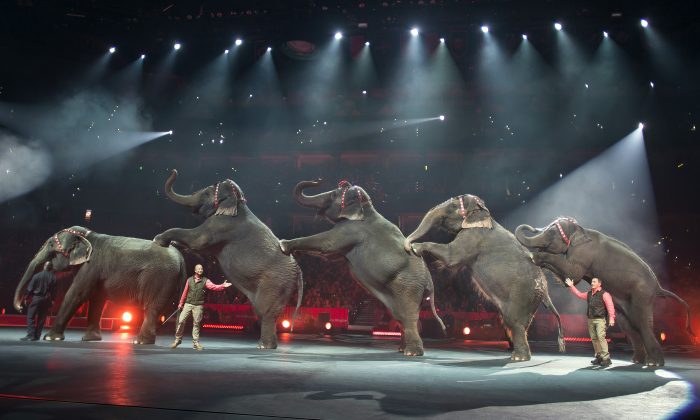 Ringling Bros. announced Thursday that circus elephants in its shows will be phased out amid pressure from animal rights groups, so what happens next for the phased-out elephants?

Thirteen elephants currently traveling with the circus will be sent to the Center for Elephant Conservation, located in Florida, by 2018, according to a statement from Ringling Bros. Currently, there are more than 40 elephants at the location.

The center is home to the largest single herd of Asian elephants.

The facility has 200 acres of ranch space with grass and trees. The space, which includes four barns, is the most successful breeding program for endangered Asian elephants in the Western Hemisphere. It also serves as the company’s source for circus elephants, which would be trained from two years onward.

“When we did so, we knew we would play a critical role in saving the endangered Asian elephant for future generations, given how few Asian elephants are left in the wild. Since then, we have had 26 elephant births. No other institution has done or is doing more to save this species from extinction, and that is something of which I and my family are extremely proud,” Kenneth Feld, chairman and CEO of Ringling Bros. owner Feld Entertainment, said in a statement.

Feld said the conservation center would allow visits from animal researchers and scientists. However, he’s open to having it available to the public one day. “I want everybody’s grandkids to be able to see Asian elephants,” he said.

It costs about $65,000 yearly to care for each elephant, and Kenneth Feld said the company would have to build new structures to house the retiring elephants at the center, located between Orlando and Tampa on a rural, ranch-like property.

The center’s youngest elephant is Mike, who will be 2 in August, and the oldest is Mysore, who is 69. One elephant, 6-year-old Barack, was conceived by artificial insemination. Since the center opened in 1995, 26 elephants have been born there.

Conservation group People for the Ethical Treatment of Animals, or PETA, issued a statement after Thursday’s announcement, welcoming the change.

But it added, “Many of the elephants Ringling uses are painfully arthritic and have tuberculosis, so performances need to stop immediately. Three years is too long for a mother elephant separated from her calf, too long for a baby elephant beaten with the sharp fireplace-poker like weapons called bullhooks that Ringling handlers use routinely, too long for an animal who would roam up to 30 miles a day in the wild to be kept in shackles.”

In the meantime, Ringling Bros. will still feature horses, dogs, tigers, and other animals.