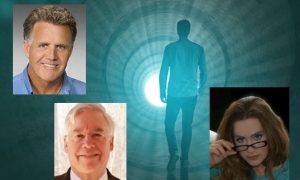 What Happens Inside a Dying Mind?

What makes a person believe that he visited heaven? Is there a way for science to get at what’s really going on? In the April 2015 issue of the Atlantic, Gideon Lichfield mounts an empirical investigation of near-death experiences, concluding that more rigorous research must be pursued to understand what happens in the minds of “experiencers,” as they call themselves.

One thing is abundantly clear, though. Near-death experiences are pivotal events in people’s lives. “It’s a catalyst for growth on many different levels—psychologically, emotionally, maybe even physiologically,” says Mitch Liester, a psychiatrist.

This video was originally published on www.theatlantic.com.

*Image of “sky” via ™ Pacheco/Flickr