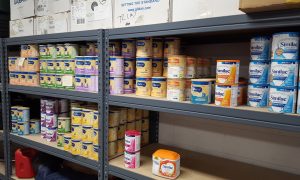 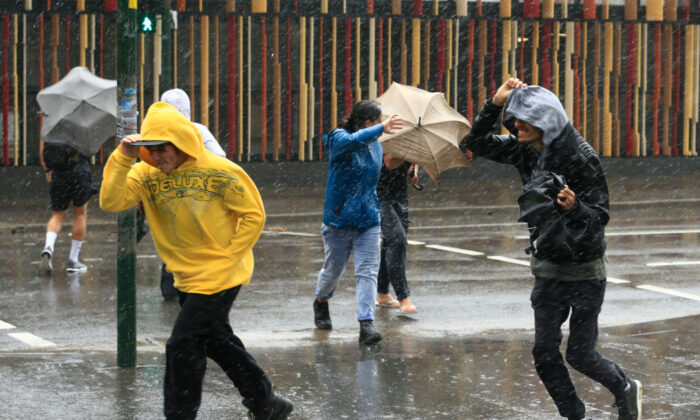 People struggle with the wind and rain on February 09, 2020 in Sydney, Australia. (Mark Evans/Getty Images)
Australia

Wet and Windy Weather To Hit Parts of NSW

The Bureau of Meteorology says parts of NSW north and west of Sydney are expected to be pummelled by wild weather and storms for the rest of the week.

Regional NSW is set for a soaking, with hailstones, heavy rainfall and strong winds forecast for areas north and west of Sydney.

“Severe thunderstorms are likely to produce large hailstones, damaging winds and heavy rainfall that may lead to flash flooding in the warning area,” it said.

The NSW State Emergency Service has advised people to move cars under cover or away from trees, secure loose items around properties and keep at least eight metres away from fallen power lines or energised fences.

“Our units are restocked, resupplied and ready to go,” a NSW SES spokesman told AAP on Oct. 28.

“Our volunteers are always working to support communities in preparation for and during severe weather. A key part of that is encouraging those communities to be vigilant.”

The NSW SES spokesman advised residents to never drive, walk or ride through floodwater in the event of flash flooding, as it can contain chemicals, garbage and sewage.

He also warned that 15 cm of water can start to float a small car.

Rain is expected to develop or return to a number of regions in coming days, including Sydney and the Central Coast.

“Most of the state is going to be expecting some thunderstorm activity—the exception to that is through the southern half of the coast,” BOM meteorologist Gabrielle Woodhouse said.

Rain is forecast throughout parts of the mid-north coast and Hunter, as well as Sydney and Illawarra on Wednesday night and Thursday morning.

“But once we get into the new week, we’ll start to see those showers and storms easing up, particularly over inland areas where we’re looking at dry conditions.”