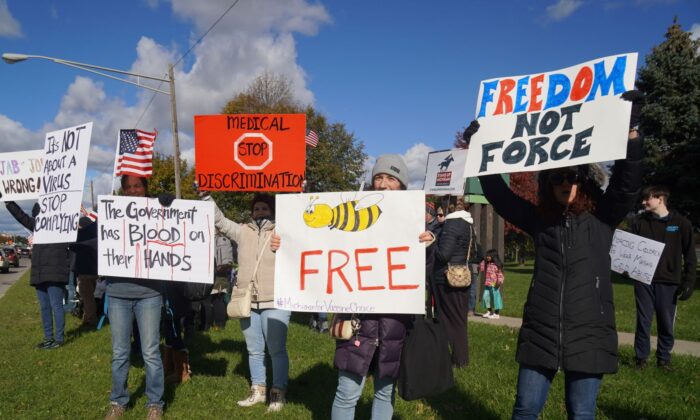 Western Michigan University (WMU) reached a settlement with 16 athletes on Tuesday, allowing them to compete in sports without getting the COVID-19 vaccine.

The public university also agreed to pay plaintiffs their legal fees of $34,617.

“We are pleased that WMU has agreed to resolve this matter, that our clients’ religious convictions were vindicated, and that they can continue to be part of their teams, be with their teammates, and compete for WMU at the highest level in a safe manner,” David Kallman, senior counsel with the Great Lakes Justice Center, said in a statement.

The Great Lakes Justice Center represented the 16 athletes. They are from different sports teams, such as football, baseball, women’s basketball, women’s soccer, and others.

In August, WMU required its student-athletes to receive COVID-19 vaccines. However, the public university didn’t ask its general students to do so.

Following the requirement, 16 student-athletes applied for religious exemptions but had their requests ignored or denied. They were prohibited from participating in any team activities, triggering the legal action.

In September, U.S. District Court Judge Paul Maloney granted the students a temporary restraining order and then a preliminary injunction, allowing them to continue participating in team activities during the litigation.

WMU argued that its vaccination policy is neutral towards religion, and that the athletes were still considered members of their teams and could keep their scholarships despite the barring.

“We do not doubt defendants’ good faith, nor do we fail to appreciate the burdens COVID-19 has placed on this nation’s universities,” the order stated (pdf). “But having announced a system under which student-athletes can seek individualized exemptions, the University must explain why it chose not to grant any to plaintiffs. And it did not fairly do so here.”

Tuesday’s settlement allows Maloney to enter a permanent injunction to close the case, with the Consent Judgment (pdf) binding for the states of Michigan, Ohio, Kentucky, and Tennessee.

WMU issued a joint statement with the Great Lakes Justice Center on Tuesday.

In September, Maloney denied a similar request for a temporary restraining order from Jeanna Norris, an employee at Michigan State University. She sued the school over its COVID-19 vaccine mandate.

Maloney pointed out that Norris was an at-will employee and could work elsewhere if she chose not to receive the vaccine.

“Therefore, due to plaintiff’s at-will employment status, she does not have a constitutionally protected property interest in her employment position, and this claim is without merit,” Maloney wrote.

The appeals court was chosen at random on Tuesday to deal with a flurry of lawsuits against the Biden administration’s private business COVID-19 vaccine mandate.

Zachary Stieber and The Center Square contributed to this report.