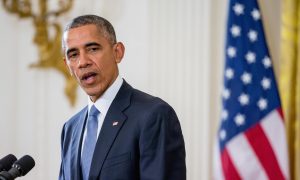 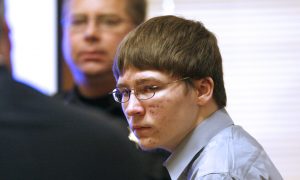 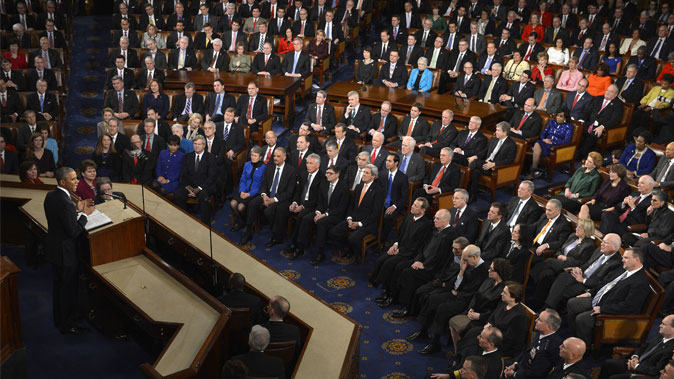 WASHINGTON—The White House is promising a nontraditional address for President Barack Obama’s final State of the Union. But, no, don’t look for him to slow-jam Tuesday’s speech or rap it.

Nontraditional is more likely to simply mean a shorter list of policy proposals and more attention to the president’s broader vision for the country.

What else is there to watch for? Plenty. The president’s speech promises all sorts of election-year dynamics, a new face, an empty chair and a dollop of nostalgia.

Some things to watch:

With time running out on his presidency, Obama knows it would be pointless to propose lots of new initiatives. Instead, look to see what sort of future the president sketches for the country well beyond his remaining year in office. Bill Clinton, in his 2000 valedictory, harked back to Theodore Roosevelt’s talk of a “growing nation with a future that takes the long look ahead.”

Obama doesn’t want to emphasize his lame duck status, so he’s likely to go light on the nostalgia in his last State of the Union. But, with a rare audience of tens of millions of Americans, this is a prime opportunity for the president to begin shaping a summarizing vision of his presidency before people tune him out to focus on the 2016 campaign. How does he balance nostalgia with the speech’s forward-looking elements?

The Republican presidential candidates are painting a grim portrait of America, one downtrodden economically, culturally divided, cowed by terrorists—that has lost its standing in the world. Obama is delivering his address earlier than usual this year to put his own, rosier stamp on things before the primary season is in full swing. How does he project a more optimistic view of America while still acknowledging the very real anxieties and worries that Republicans are tapping into? And will he call out the GOP candidates for divisive rhetoric? Don’t expect him to scold the candidates directly, but he’ll still make his displeasure clear.

The audience for Obama’s address will include senators itching to replace him—and some of them are even running. Expect the cameras to pan to the likes of Republican Sen. Marco Rubio of Florida and Sen. Bernie Sanders, the Vermonter seeking the Democratic nomination. They may well have been giving some thought to their body language: when to clap, when to sit on their hands, when to scowl, when to smile. It also will be notable to take stock of who’s not there. Republican Sen. Ted Cruz of Texas, for one, will be holding his own “State of Our Union” town hall in New Hampshire.

A big part of the State of the Union tableau is the guests whom the White House chooses to seat in the first lady’s box and to highlight in the president’s speech. This year, the White House hopes to give oomph to its push for tighter regulation of guns by leaving one seat in the first lady’s box empty, to represent the victims of gun violence who no longer have a voice. Members of Congress will be sending their own messages through their invited guests, including a 9-year-old Syrian refugee, a Planned Parenthood official and a Muslim New York City police lieutenant. Kim Davis, the Kentucky clerk who refused to license same-sex marriages, planned to be there, too, but didn’t say who invited her.

Look for a new face behind Obama: House Speaker Paul Ryan, who replaced John Boehner. Ryan, who was Mitt Romney’s running mate in 2012, will be seated next to Joe Biden, who got the veep job instead. Boehner was typically stone-faced during Obama’s addresses. What will we see from Ryan, who’s pledging to go on offense against Obama this year? His office popped out a “Get to Know Paul Ryan” video Tuesday just for the occasion.

Every year, Obama’s speechwriters vow to keep the address tight—and every year things just don’t quite work out that way. This year really will be different, the White House promises. The number to beat is 5,902 words: That was the length of Obama’s first—and shortest—State of the Union, which ran about 52 minutes. His longest State of the Union ran about 69 minutes in 2010, still well-short of former President Bill Clinton’s 89-minute opus in 2000.