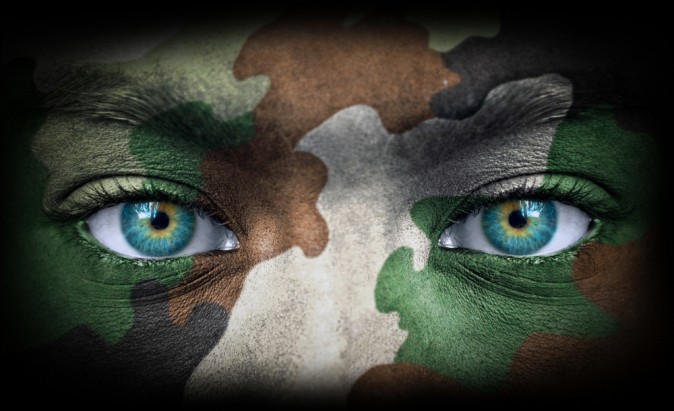 War and Peace (of Mind)

Researchers from the University of California, San Diego School of Medicine and Naval Health Research Center have found that mindfulness training – a combination of meditation and body awareness exercises – can help U.S. Marine Corps personnel prepare for and recover from stressful combat situations.

The study, published in the May 16, 2014 online issue of the American Journal of Psychiatry, suggests that incorporating meditative practices into pre-deployment training might be a way to help the U.S. military reduce rising rates of stress-related health conditions, including PTSD, depression and anxiety, within its ranks.

Scientists describe mindfulness as a mental state characterized by “full attention to the present moment without elaboration, judgment or emotional reactivity.” Mindfulness training, traditionally practiced through sitting meditation, attempts to cultivate this mental state by quieting the mind of extraneous thoughts.

In the study, Marine infantrymen in four platoons at Marine Corps Base Camp Pendleton took an eight-week course in mindfulness, tailored for individuals operating in highly stressful environments.

The course included classroom instruction on meditation and homework exercises, as well as training on interoception – the ability to help the body regulate its overall physical equilibrium (homeostasis) by becoming aware of bodily sensations, such as tightness in the stomach, heart rate and tingling of the skin.

“If you become aware of tightness in your stomach, your brain will automatically work to correct that tightness,” Paulus explained.

Participating Marines, along with others who had not undergone mindfulness training, then spent a day in mock immersive combat at a 32,000-square-foot training facility staged to resemble a rural Middle Eastern village. During the day’s exercises, Marines patrolled the village, met village leadership and responded to a highly realistic ambush.

Subsequent magnetic resonance imaging scans revealed that the mindfulness-trained Marines had reduced activity patterns in regions of the brain responsible for integrating emotional reactivity, cognition and interoception. Lori Haase, a postdoctoral fellow in Paulus’ lab and a co-author of the study, said similar brain activity patterns had been observed in high performance athletes and Navy seals. High-activity levels in these areas of the brain, she noted, are associated with anxiety and mood disorders. The scientists hypothesize that reduced brain activity in the anterior insula and anterior cingulate may be characteristic of elite performers in general.

“That we can re-regulate the activity in these areas with so little training is this study’s most significant finding,” Paulus said. “Mindfulness helps the body optimize its response to stress by helping the body interpret stressful events as bodily sensations. The brain adds less emotional affect to experiences and this helps with stress recovery.”

*Image of “soldier” via Shutterstock