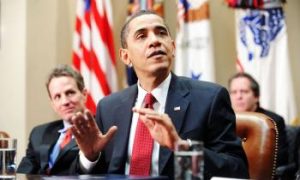 There’s an old adage in medicine: An ounce of prevention is worth a pound of cure. I couldn’t agree more. The problem with a lot of truly preventive medicine is that there’s not much money in it.

The real money (for drug companies) is in treatment. To an extent, there also is money in diagnosis, for example, mammography and blood tests for prostate cancer.

It is a sad fact that the medical approaches that get the most attention tend to be those that are the most lucrative. When things are cheap, there often is not the commercial will and push that can be instrumental in their popularization.

One approach, which shows considerable promise as a disease-preventer, is optimization of vitamin D levels. Higher levels of vitamin D are associated with reduced risk of a range of chronic diseases, including heart disease, diabetes, and several forms of cancer.

Recently we saw the publication of a study in the American Journal of Clinical Nutrition that links vitamin D supplementation (at a dose of 400 IU or more a day) with a 26 percent reduced risk of breast cancer.

However, this is not the only research linking vitamin D with reduced breast cancer risk. In one 2005 meta-analysis (grouping of relevant studies), published in the American Journal of Public Health, 9 of 13 studies found higher levels of vitamin D to be associated with a reduced risk of breast cancer incidence or death due to breast cancer.

This meta-analysis also found evidence for higher levels of vitamin D and reduced risk of prostate and colon cancer. This review also details a range of mechanisms through which vitamin D might reduce cancer risk.

We appear to have a significant volume of research that links vitamin D with a reduced risk of cancer and a number of plausible mechanisms, which could explain this association.

However, what we require to confirm the notion that vitamin D protects against cancer are controlled clinical trials. One study that is relevant was published in 2007 in the American Journal of Clinical Nutrition. In it, post-menopausal women were treated with either vitamin D (1,100 IU per day) and calcium (1,400–1,500 milligrams per day), or calcium alone, or placebo.

The trial lasted for four years. Supplementation would not be expected to reduce cancer incidence very quickly, so the authors of this study separately analyzed data from one year into the study and beyond.

This analysis revealed that compared to placebo, calcium supplementation alone did not reduce risk of cancer. However, calcium coupled with vitamin D did. Risk of cancer was reduced by 77 percent.

Ideally, it would be nice to have the results of randomized controlled studies that used vitamin D alone (compared to placebo). However, even in the absence of such studies, it seems clear that we have a considerable and mounting body of evidence that suggests that vitamin D has considerable potential to prevent cancer. I am also pleased to see that there is growing recognition of this despite the fact that vitamin D has relatively limited potential from a commercial perspective.

Dr. John Briffa is a London-based physician and author with an interest in nutrition and natural medicine. His website is Drbriffa.com