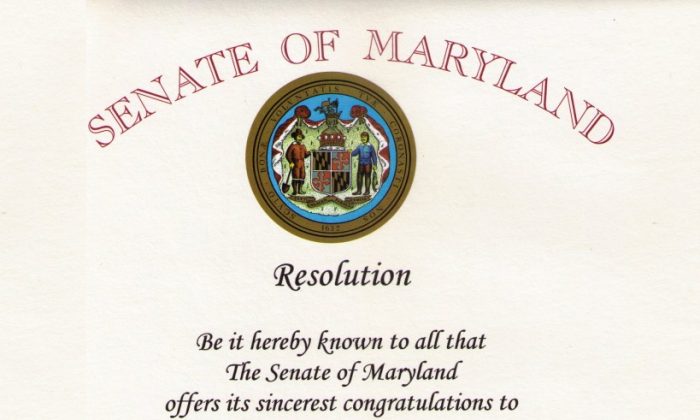 As Shen Yun Performing Arts returns for the seventh time to the nation’s capital, the area’s most admired and influential leaders took note and paid homage to its purpose of reviving Chinese traditional culture.

Virginia Governor Robert McDonnell wrote that Virginia was “blessed to have a large and vibrant Asian American community,” and that “Virginians are proud to recognize the traditions that promote an appreciation of other cultures.”

He thanked the Shen Yun World Tour “for its dedication to continuing the traditions that honor 5,000 years of Chinese civilization.”

Virginia’s other U.S. senator, Mark Warner, was also gracious in his welcoming the members of the Shen Yun Performing Arts. He said the nearly 100 world-class artists make possible “a wonderful opportunity to celebrate [Chinese] culture.” He said that the Commonwealth of Virginia was fortunate in having “a strong and vibrant Chinese community.”

Elijah E. Cummings wrote a letter to Shen Yun Performing Arts that said, “It is important for the world to be exposed to, and mesmerized by, the awe-inspiring beauty and demonstrated essence of traditional Chinese culture.” Both Sen. Cardin and Congressman Cummings mention how the performances celebrate “human dignity and positive values.”

Congressman Chris Van Hollen represents Maryland and serves as ranking member on the important House Budget Committee. He issued a citation to Shen Yun Performing Arts in recognition of their tour “celebrating 5,000 years of Chinese civilization and tradition.”

Sidney A. Katz, mayor of Gaithersburg, Md. wrote in a proclamation his “heartfelt gratitude” for Shen Yun Performing Arts “restoration and revival of Chinese traditional culture” for Maryland and the world.