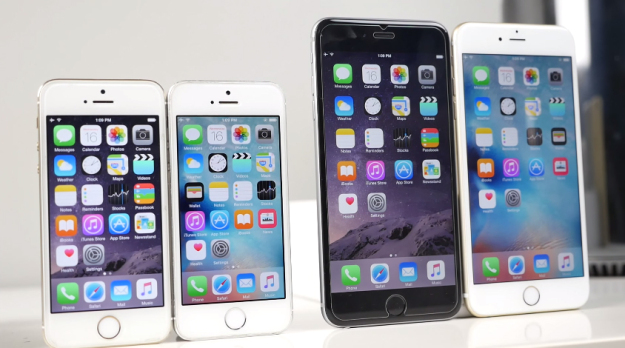 Apple’s recently launched iOS 9 update should bring various improvements and fixes to address the numerous complaints with iOS 8. The company promised better performance on new and old devices, storage and app optimizations and better battery life after iOS 9 is installed.

But is iOS 9 really faster than iOS 8? The following video will show you a thorough speed comparison between all the iPhones that can run Apple’s latest mobile OS release.

YouTube channel EverythingApplePro installed iOS 9 on the iPhone 4s, iPhone 5, iPhone 5s, iPhone 6 and iPhone 6 Plus, and ran a variety of tests to compare the speed of the latest iOS release with iOS 8.4.1 running on the same devices.

All devices ran fresh iOS builds and were connected to power sources during the tests. Various comparisons were performed, including boot time, app launching, benchmarks and Wi-Fi speed.

As expected, iOS 9 runs much better on the newer devices, including the iPhone 6 series and iPhone 5s, but there are cases where iOS 8.4.1 is still faster than iOS 9 even on the iPhone 6 and 6 Plus. This means that, no, the iPhone 4s isn’t saved from the performance problems users reported for iOS 8, and iOS 9 might not improve the overall experience very much.

Interestingly, in Geekbench tests, iOS 8.4.1 beats iOS 9 even on 2014 smartphones, which is a surprising find. Wi-Fi speed and browser tests show that iOS 9 is the clear winner when it comes to Wi-Fi stability and Internet browsing, which is great news for older devices.

Those Are the Top 9 Features of iOS 9

The full video comparison follows below. And if you find that you want to downgrade to iOS 8 after watching it, check out this tutorial.