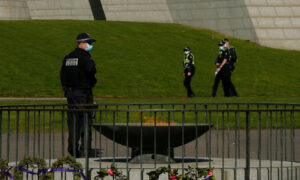 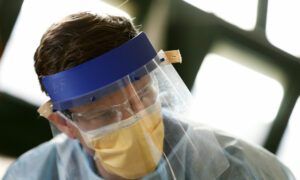 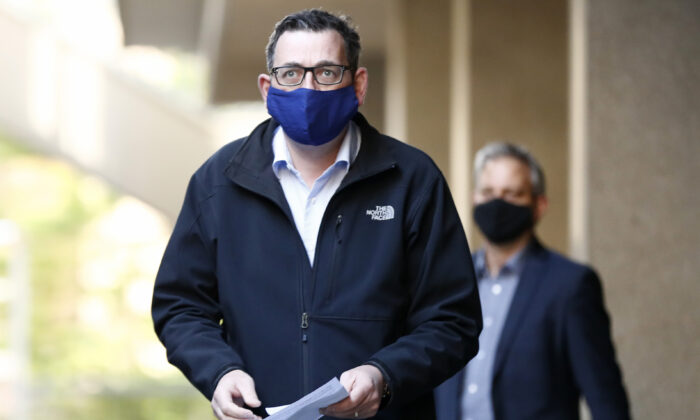 Victorian Premier Daniel Andrews wears a face mask as he walks in to the daily briefing in Melbourne, Australia on July 19, 2020. (Darrian Traynor/Getty Images)
Australia

Victorians could be stopped in the street by police and asked to produce a work permit to aid enforcement of tightened COVID-19 restrictions.

While announcing new rules for businesses to fight the state’s second wave of the virus on August 3, Premier Daniel Andrews flagged a permit system could be rolled out for essential workers.

“We’ll have more announcements to make this week about a permit system where people will have a piece of paper that says ‘this is where I work, this is what I do’,” Andrews told reporters in Melbourne.

“For the purposes of enforcement, curfew, all of those things, we don’t want to be putting people into that really challenging situation where they have to explain themselves.

“That’s going to be a simple, common-sense process.”

Roughly 250,000 more Victorians will be put out of work as part of the state’s three-tiered system for workplaces which come into effect from Thursday.

But most Melbourne retailers will be closed to customers, while tight restrictions will slow construction and manufacturing output.

Cedar Meats, the source of Victoria’s biggest cluster of the first wave with 111 cases, welcomed the extra safety measures which will see meat processors across the state scale back production to two-thirds.

The Brooklyn-based meatworks has also been given the all-clear to re-open on Tuesday after a testing blitz confirmed an infected staff member hadn’t transferred the virus to other workers.

Schools, meanwhile, are closed on Tuesday for a pupil free day as students recalibrate to remote learning from Wednesday.

Payments for Victorians who need to self-isolate for 14 days and have no sick leave will be made available by the federal government.