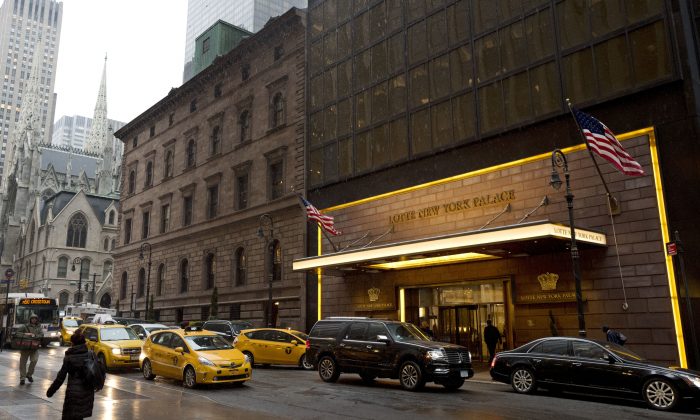 ALBANY, N.Y.—New York legislation to relax one of the nation’s most restrictive statutes of limitations on child molestation victims continues to stall under pressure from the Roman Catholic Church and other opponents.

The bill has circled the drain in Albany for a decade, but victims and advocates are optimistic this year because they’ve gained a key supporter, Democratic Gov. Andrew Cuomo. The fate of the Child Victims Act could rest with Senate Leader John Flanagan, a Long Island Republican, who supporters say has refused to meet to discuss the bill.

“They are denying us our day in court,” said Bridie Farrell, 35, a former competitive speed skater and a leading advocate for the bill.

Four years ago Farrell publicly accused a former teammate and mentor of repeatedly abusing her when he was 33 and she was 15—too long ago to file charges or a civil suit. “They are protecting the institutions of the abusers.”

Currently, under New York law, victims of child sexual abuse have until age 23 to bring either criminal charges or file a lawsuit against their alleged abusers. It’s one of the tightest statutes of limitations in the country, a distinction that advocates say puts New York in the company of states like Georgia, Mississippi, Alabama and Michigan.

Massachusetts, another heavily Catholic state, gives victims up to 35 years to sue. Ohio and Pennsylvania both give victims until age 30.

The proposal before lawmakers would eliminate the statute of limitations on abuse cases going forward and create a one-year window to allow for lawsuits no matter when the abuse occurred. Supporters say it often takes victims of child sex abuse years or even decades to report their abusers or pursue criminal or civil cases.

A similar law in California, passed in 2002, resulted in Catholic dioceses there paying $1.2 billion in legal settlements

The Roman Catholic Church is the most vocal opponent of the New York bill, saying the one-year window for civil suits alleging abuse would financially devastate the church, already reeling from the expense of earlier legal settlements. The New York Archdiocese is seeking to mortgage land it owns near St. Patrick’s Cathedral in Manhattan to raise $100 million for settlements.

Instead, the state’s Catholic Conference supports alternative legislation that would eliminate the criminal statute of limitations on child sex crimes and give victims until they are 28 to file civil suits. It would not create a window for civil molestation lawsuits now barred by the statute of limitations.

“The bishops feel strongly that we need to do more to protect children from abuse and give survivors of abuse more time to seek justice,” said Dennis Poust, spokesman for the Catholic Conference. “Our only objection is with that retroactive window which comes without any caps on either time or dollars. Any organization that deals with children would be looking at potential catastrophic liability when you’re looking at cases from the ’50s and ’60s.”

Supporters, however, say many potential plaintiffs could be people in their late 20s, 30s and 40s whose abusers may still be in a position of power over minors. They say their requests for a meeting with Flanagan to discuss his concerns have been ignored.

Flanagan’s spokesman, Scott Reif, said advocates have met with senior staff and other lawmakers. He said Senate Republicans continue to examine the issue.

Cuomo included a proposal similar to the legislation sought by advocates in his annual list of legislative goals this year.

“These survivors deserve justice, plain and simple,” Cuomo said in a statement to The Associated Press. “Giving victims the opportunity to advance their claims in court is the right thing to do, and I urge the Legislature to join me and pass this measure once and for all.”

Kathryn Robb says she was molested in a Catholic school on Long Island as a child. Now a mother of five and living in Massachusetts, Robb helped pass reforms in that state. She returned to New York this month to work on the effort here.

She noted that lawmakers often tout their work to toughen penalties for sex offenders, and the Senate has voted to adjust the statute of limitations when it comes to exposure to environmental contaminants or Agent Orange.

“Don’t victims of child sexual abuse have the same right?” she said. “I’m willing to fight as long as it takes.”