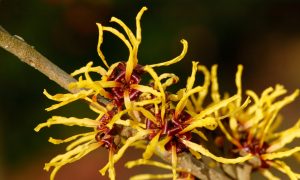 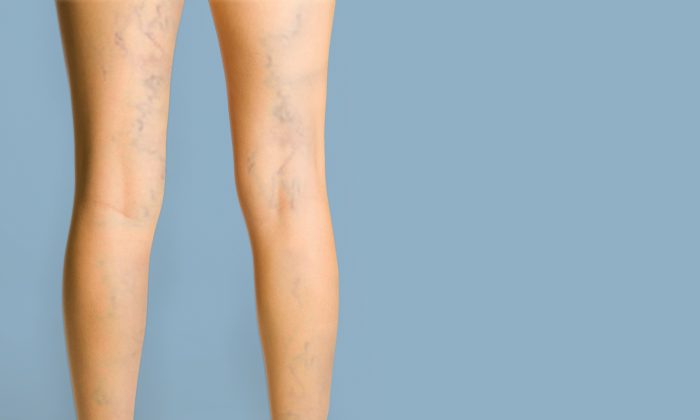 Varicose and Spider Veins: The Cure and Consequences of Misdiagnosis

NEW YORK—Some of the vein problems Dr. L. Mark Khitin treats look like wounds you’d find in a Civil War field hospital—not Manhattan in 2014. These include oozing ulcers that have been years in the making.

According to Dr. Khitin, there are two reasons he gets patients with these kinds of problems: Either they’ve been misdiagnosed by other doctors, or they’ve tried to treat the issue with alternative remedies on their own and it hasn’t worked.

Circulation: Myths and Realities
Cinnamon Is for Circulation in Chinese Medicine

A common cause of these ulcers—called trophic ulcers—is a condition called venous insufficiency, which occurs when the veins in the legs that are supposed to bring blood back to the heart don’t work properly.

Veins have a series of valves that open and close. When leg veins become enlarged—which can happen during pregnancy or because of prolonged standing, lifting heavy objects, or trauma, among other reasons—the valves may not close all the way, so that blood pools in the legs.

This pooling can cause the legs to swell, at which point some doctors prescribe diuretics to rid the body of excess water. According to Dr. Khitin, a fellow of the American College of Surgeons who trained as a heart surgeon and now specializes in circulation in legs and feet, this is the wrong approach since the problem is not due to excessive fluid, but rather due to incorrect distribution of fluid.

In patients with venous insufficiency, treating varicose or spider veins only at the surface does not resolve the underlying cause and may actually lead to the development of ulcers.

When blood pools in the vein and leaks out into the surrounding tissue, liquid collects under the skin. Then, if the skin gets a small puncture from a mosquito bite or a needle prick, the continuous release of liquid leaves no chance for the wound to heal, Dr. Khitin explained. Eventually, this could lead to the formation of an ulcer that looks like a war-zone wound.

An untreated ulcer can ultimately lead to cancer. Tissue cells in the affected area typically go into overdrive, trying to replicate faster in order to heal the wound. This furious reproduction can lead to an increase in errors, with the possibility of cancerous mutations.

“An ulcer is a place where cells regenerate, trying to heal, so the possibility of genomic error goes up,” Dr. Khitin explained.

This is why he never takes spider veins at face value and always conducts a thorough diagnosis to find an underlying cause, he said. This includes questioning the patients about other symptoms, and if they have them, doing an ultrasound to see if there are any vein issues on a deeper level.

Varicose veins are always a sign of venous insufficiency, Dr. Khitin said. Spider veins usually are such a sign, but not always, in which case it may be fine to treat them superficially.

“If there are no symptoms and very few spider veins, it’s not unreasonable to treat them only with sclero[therapy] or [something] similar to that,” he said.

But when spider and varicose veins are indicative of a deeper problem, treating them this way is like “cutting branches off the tree—they disappear for short time, but then they appear again,” Dr. Khitin noted.

“It’s common everywhere, and particularly in New York, to treat spider veins and call them a chronic condition—untreatable, uncurable—and do treatment[s] … year after year after year,” Dr. Khitin said. But to really cure the issue, it’s always important to identify what is responsible for it.

The goal of treatment for both venous insufficiency and varicose or spider veins is the same: The affected vein needs to be closed off. When it’s shut down, the body reroutes blood through other veins, and the patient’s symptoms usually disappear.

The symptoms of venous insufficiency can manifest in different ways. Visible signs include swelling, brown pigmentation (discoloration) of the ankles and other changes of the skin. Some of the symptoms, noted Dr. Khitin, can be mistaken for psoriasis.

Sometimes, a deep vein problem does not manifest on the surface, but only as a discomfort. Common symptoms include a dull ache or feeling of heaviness or weakness in the leg, burning or itching sensation, difficulty walking, leg cramps, and numbness.

Treatment for venous insufficiency can often alleviate the symptoms of the restless leg syndrome in patients diagnosed with both conditions. Dr. Khitin explained that when people with venous insufficiency recline, the circulation in their legs starts to return to normal with the help of muscle contractions, which can create the urge for the legs to move, thus causing restlessness.

If you have reoccurring spider or varicose veins and discomfort in your legs, Dr. Khitin recommends that you get them thoroughly examined for venous insufficiency, not just treated to look better. He advises to ask yourself, “Why do I have these veins?”—instead of just asking, “How do I get rid of them?”