Vaping Could Cause Cancer and Heart Disease, New Study Suggests 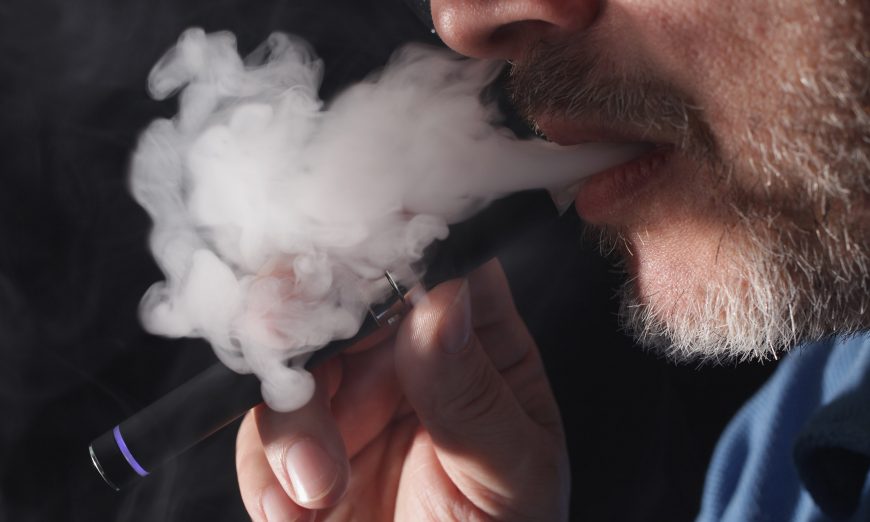 In this photo illustration the owner of a shop that sells electronic cigarettes demonstrates how to use one in Berlin, Germany on March 1, 2012. (Sean Gallup/Getty Images)

Vaping could cause cancer and heart disease, according to a new study.

Researchers found that nicotine inhaled from e-cigarettes can be converted into chemicals that damage DNA.

The team from New York University exposed mice and human bladder and lung cells to e-cigarette smoke and found DNA changes that were similar to those observed with secondhand smoke.

The team is warning that their findings call into question the belief that vaping is a safe alternative to smoking cigarettes.

Cells in the mice mutated and became cancerous at a much higher rate than in a control group of animals that breathed filtered air.

The lung and bladder cells that were exposed to nicotine turned into tumor tissue more easily.

The mice were exposed to smoke with 10 milligrams of nicotine per millimeter, meaning it was as potent as the smoke that humans inhale.

Because of this and other factors, some researchers have dismissed the findings.

“This study shows nothing at all about the dangers of vaping,” Peter Hajek, director of the Tobacco Dependence Research Unit at Queen Mary University of London told the Guardian. “It doesn’t show that vaping causes cancer.”

“This is one in a long line of false alarms which may be putting people off the switch from smoking to vaping which would undoubtedly be of great benefit to them,” he added. “The best current estimate is that vaping poses, at worst, some 5% of risks of smoking.”

Tobacco smoke contains over 70 chemicals that are known to cause cancer, while e-cigarette vapor contains far fewer toxic chemicals.

Despite this, e-cigarette smokers could still have a higher risk than nonsmokers of developing lung and bladder cancers and heart diseases.

The study’s authors recommend that further long-term studies are needed.