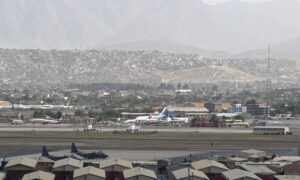 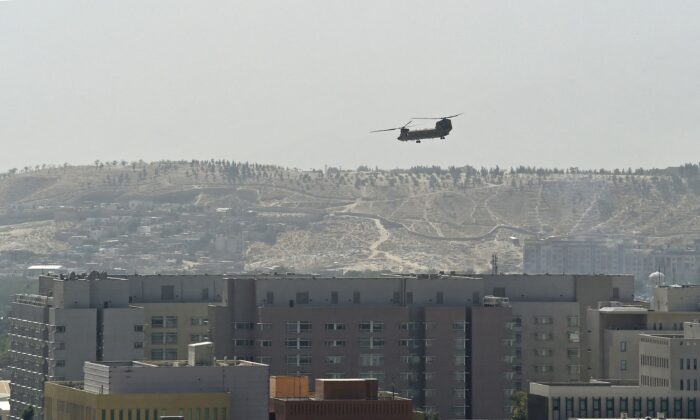 TASHKENT—Hundreds of Afghan soldiers fled to Uzbekistan in 22 military planes and 24 helicopters over the weekend, including one aircraft that collided with an escorting Uzbek fighter jet causing both to crash, Uzbek prosecutors said on Monday.

A total of 585 Afghan soldiers have arrived by aircraft and 158 more crossed the border on foot on Sunday, the Uzbek prosecutor general’s office said in a statement.

The statement contradicted earlier comments by the Uzbek defense ministry which said the Afghan military plane was shot down by Uzbek air defense forces.

The Afghan government collapsed on Sunday and Taliban terrorists took control of the capital Kabul.

The Afghan jet crashed late on Sunday in Uzbekistan’s southernmost Surxondaryo province adjacent to Afghanistan. Prosecutors said pilots of both Afghan and Uzbek planes had ejected and survived.

It was unclear from prosecutors’ statement where the Afghan soldiers and aircraft were at the moment, having been forced to land in the border city of Termez when they initially arrived.

Tajikistan, another former Soviet republic bordering Afghanistan, also said on Monday that two Afghan military planes carrying over 100 soldiers in total were allowed to land in the Tajik city of Bokhtar.