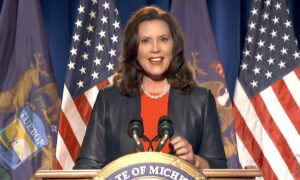 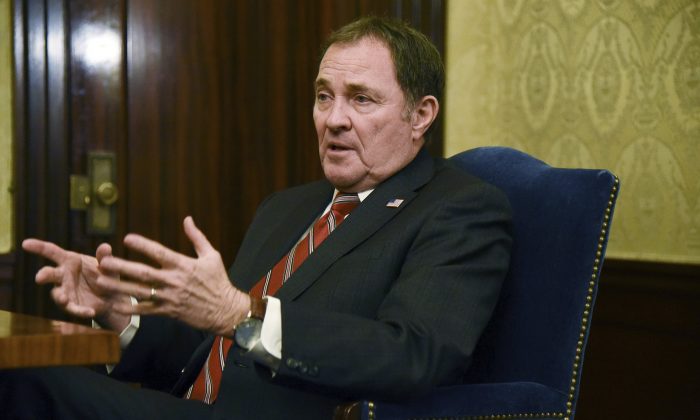 Utah Gov. Gary Herbert speaks during an interview on the final day of the legislative session at the Utah State Capitol in Satl Lake City, on March 14, 2019. (Francisco Kjholseth/The Salt Lake Tribune via AP)
AMERICA

SALT LAKE CITY—Republican Gov. Gary Herbert declared a state of emergency in Utah from Sunday and ordered a statewide mask mandate in an attempt to stem a record-breaking surge in coronavirus cases and hospitalizations that threaten to overwhelm hospitals. Herbert and the Utah Department of Health issued executive and public health orders requiring residents to wear face coverings in public, at work, and when they are within six feet (two meters) of people who don’t live in their households.

Herbert, who has repeatedly resisted imposing a statewide lockdown, said that the time to debate masks had passed and insisted his orders won’t shut down the economy.

Businesses that fail to require employees and customers to wear masks and enforce social distancing will be subject to fines from the state labor commission. The order also requires bars and restaurants to stop serving alcohol at 10 p.m. for two weeks—until Nov. 23.

“We want to do this in a way that we have minimal detriment to our health,” Herbert said at a Thursday news conference. “At the same time we also are cognizant about the need to have a healthy economy.”

Local government officials and hospital leaders who had been calling on Herbert to impose a statewide mask order lauded his decision on Sunday, but some sheriffs have said they refuse to enforce it.