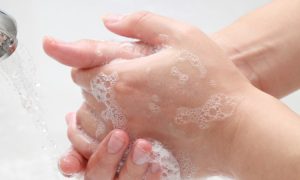 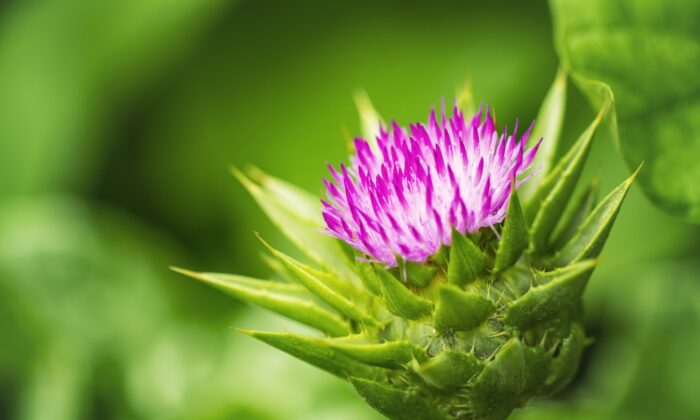 Obsessive-compulsive disorder (OCD) is characterized by compulsive actions that follow upon intrusive, stressful thoughts. It is often treated with selective serotonin reuptake inhibitors (SSRIs), which are a class of antidepressants. But the SSRIs are ineffective for 40–60 percent of people suffering OCD and these drugs have serious side effects.

For this reason, OCD is in need of better, safer treatments. Many people suffering from OCD can’t tolerate the side effects of drugs or don’t respond to drugs. Sometimes they do respond to the drugs at first but stop responding after a while.

For these people, another option may be found in two herbs have gone head-to-head with SSRI antidepressants or other natural remedies that have shown verifiable results.

Saffron is an effective natural antidepressant. In 2017, the Iranian Journal of Psychiatry published a 10-week double-blind study that compared 30 mg a day of saffron to 100 mg a day of fluvoxamine in 46 people with mild to moderate OCD. OCD scores went down slightly more in the saffron group, but the difference was not significant, meaning that saffron is at least as effective as the drug.

A double-blind 2010 study published in Progress in Neuro-Psychopharmacology & Biological Psychiatry gave 35 people with OCD either 10 mg of Prozac or 200 mg of milk thistle extract three times a day for eight weeks. Both the drug and the herb produced a significant benefit, and there was no significant difference between them: on the Yale-Brown Scale for OCD, milk thistle dropped the score by 11 points and Prozac by 12.5.

Ashwagandha, also known as Indian ginseng, is an important herb within Indian Ayurvedic system of medicine. It has been proven to be effective for stress and anxiety, so researchers tried adding the herb to a treatment of SSRI antidepressants. In a study, 30 people with OCD added a placebo or 120 mg of ashwagandha root extract to their SSRI four times a day for six weeks. While scores on the Yale-Brown Obsessive-Compulsive Scale went down from 18–16 in the placebo group, they went from 26–14 in the herb group: a significantly better improvement.

Glutamine dysfunction may be a contributor to the development of OCD. Glutamine is an amino acid that plays many important roles, including building protein. It is also critical to the immune system. N-acetyl cysteine (NAC) supplementation is an effective way of increasing glutamine.

When 48 people with OCD who had not responded to SSRIs added either a placebo or up to 2400 mg of NAC a day for 12 weeks, people on NAC improved significantly on the Yale-Brown Obsessive-Compulsive Scale. 52.6 percent of them were full responders (greater than 35 percent improvement) versus only 15 percent of the placebo group. A second small double-blind study of 11 children on medication added a placebo or up to 2700 mg a day of NAC for 12 weeks. The NAC significantly reduced scores on the Children’s Yale-Brown Obsessive-Compulsive Scale: scores dropped from 21.4–14.4 on NAC but didn’t improve at all on placebo. One out of 5 children on NAC improved by more than 35 percent; none of the placebo children did.

Inositol is a carbohydrate found in the body and in many of the foods we eat. It plays an important role mediating cell signal transduction in response to a variety of hormones, neurotransmitters, and growth factors.

When 13 people with OCD were given a placebo or 18 g of inositol a day for six weeks in a double-blind study, the ones given the inositol had significantly greater improvement on the Yale-Brown Obsessive-Compulsive Scale.

Valerian is a relaxing herb commonly used to treat sleep disorders. An eight-week double-blind study of 31 adults with OCD found that 765 mg a day of valerian extract helped alleviate obsessive and compulsive symptoms significantly more than a placebo. The researchers noted there were not significant differences in terms of the experience of side effects.

Another study, which compared 35 people with OCD to 22 people without, again found low levels of B12 and elevated levels of homocysteine. Homocysteine levels correlated with Yale-Brown compulsion and Yale-Brown total scores. Folic acid, B12, and B6 are all involved in regulating homocysteine. These studies combined suggest that a deficiency of one of these B vitamins could contribute to elevated homocysteine that then contributes to OCD.

Studies of OCD children have also found low levels of vitamin D. One study has suggested that deficiency in the amino acid arginine may also play a role in OCD.

Very recent research is suggesting that inflammation in the neurocircuitry, possibly as a result of an autoimmune response to infection, may play a role in OCD. That suggests that immune modulators and anti-inflammatories might help.

And in a pilot study of 19 people whose OCD was resistant to therapy, adding electroacupuncture to their meds significantly improved treatment.

Linda Woolven and Ted Snider are the authors of several books on natural health and of the natural health newsletter, The Natural Path. Their latest book, “Chocolate: Superfood of the Gods,” clearly lays out the science that dark chocolate is nature’s perfect superfood. This article was originally published on GreenMedinfo.