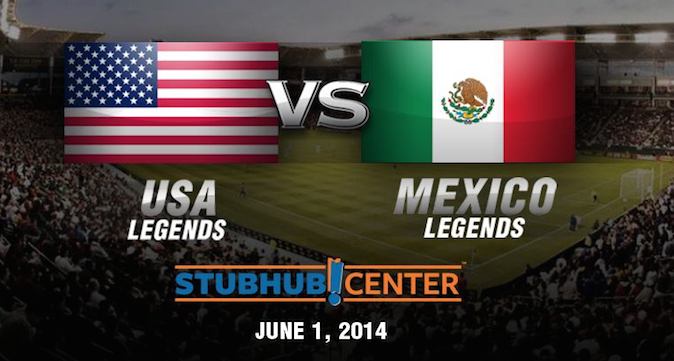 The USA vs Mexico Legends Cup soccer match is set for Sunday, June 1.

The game will be broadcast on Univision Deportes in the United States.

Live stream is available on the Univision Deportes mobile app.

The two teams that have been selected to compete for the coveted Legends Cup are USA and Mexico, the two major powers of CONCACAF.

Players must be fully retired from professional soccer and have represented their country at least once in a full international match in order to participate in this match.

The last time both teams met in April 2012, the match was played in Southern California to more than 13,000 soccer fans. USA won the match 2-0.

When asked about his team in an interview with SoccerNation, USA Legends coach Steve Sampson said: “I have a great squad of a lot of different generations, a great mix of defending and attacking players. I think we have some great leadership on the field as well, and one that the Mexicans are going to respect.”

Sampson, who previously coached Team USA and defeated Mexico in 1995, added that he feels “a great sense of pride, honor and humility coaching these players.”

“When you have coached at the highest level, and then you are away from that intense level of competition, you miss it desperately.”

“And to be able to spend time with these guys again against our fiercest rival is a privilege,” said Sampson.

Here are the team rosters for the 2014 edition of the Legends Cup: