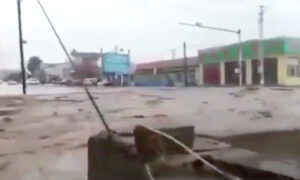 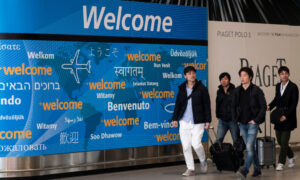 US Will Act to Deny China Access to Americans’ Data, Says Pompeo

WASHINGTON—The Trump administration will take steps to ensure the Chinese communist regime does not gain any access to the private information of American citizens through telecommunications and social media, U.S. Secretary of State Mike Pompeo said on Wednesday when asked if the United States was planning to ban Chinese-owned app Tiktok.

Speaking two days after he said Washington was “certainly looking at” banning Chinese social media apps, including TikTok, Pompeo said the U.S. evaluation was not focused on a particular company but that it was a matter of national security.

“The comments that I made about a particular company earlier this week fall in the context of us evaluating the threat from the Chinese Communist Party,” Pompeo said. He added that Washington was working to ensure that Beijing does not gain access to any private data or health records of Americans.

“So what you’ll see the administration do is take actions that preserve and protect that information and deny the Chinese Communist Party access to private information that belongs to Americans,” he said.

U.S. lawmakers have raised national security concerns over TikTok’s handling of user data, saying they were worried about Chinese laws requiring domestic companies “to support and cooperate with intelligence work controlled by the Chinese Communist Party.”

On Monday, Tiktok told Reuters it has never provided user data to China. The app, which is not available in China, has sought to distance itself from its Chinese roots to appeal to a global audience.

Pompeo’s remarks also come amid increasing U.S.-China tensions over the communist regime’s handling of the CCP virus outbreak, which started in Wuhan, its actions in the former British colony of Hong Kong, and a nearly two-year trade dispute between the United States and China.

Pompeo reiterated the need for allies and the international community to help shape a global telecoms infrastructure free of the Chinese government’s influence.